Kirsty MacDonald is an independent filmmaker based in Auckland, New Zealand; MacDonald has directed several short award-winning digital documentaries including: Black and White (2006) exploring the potent collaboration between intersex activist Mani Bruce Mitchell and photographer Rebecca Swan; Good For a Girl (2005), a portrait of the New Zealand Women’s Boxing Champion, and I Can Read You Like a Book (2003), an examination of the way in which one woman "performs" her gender identity. Her short film Black and White has shown at over 40 international festivals since 2006, four times in competition, winning both "Best Short NZ Documentary" and "Best Emerging Director" in the 2006 Documentary New Zealand International Film Festival, and also "Best Short Film" at the 2006 Austin Gay and Lesbian Film Festival (USA). Both Good For a Girl and I Can Read You Like a Book were awarded Best Director and Best Documentary in the 2004 and 2005 AUSA/AUT 15 Minutes of Fame Competition. She has written two feature films and several short dramas as well as working on numerous short dramas during her Masters degree. In 2007, after completing a Masters in Creative and Performing Arts (Directing Documentary/ Scriptwriting) at the University of Auckland MacDonald worked as Vincent Ward’s assistant on the feature documentary-drama Rain of the Children. MacDonald has a background in music and performance, as a member of a Wellington-based travelling theatre company, and as a solo and group performer of original acoustic music in the United States and New Zealand for fifteen years. She has performed in and produced five albums, as well as cocreating several animated shorts for New Zealand’s International Puppet Festival.

In 2008 MacDonald directed three episodes of Kete Aronui (a contemporary art series) for Maori Television and prior to this spent three months in France where she was Niki Caro’s assistant on the feature film "The Vintner's Luck", thanks to a mentorship grant from Women in Film and Television (NZ). While there she also directed and shot the making of documentary for the film, which she later edited. In 2009 she completed a feature-length documentary and 8 short films exploring alternative gender identity and creativity called "Assume Nothing." Accompanying the photographs of acclaimed New Zealand photographer Rebecca Swan, these films formed part of the widely attended Assume Nothing Exhibition, touring 5 major New Zealand art galleries and museums for 18 months until 2010. "Assume Nothing" the feature film has been accepted into numerous international film festivals including Vancouver, DOK Leipzig, Frameline, Rhode Island, Planete Doc Review Warsaw, and the 24th BFI London Lesbian and Gay Film Festival. The film was a finalist in the 2009 Qantas Film and Television Awards (Best Arts/Festival/Feature Documentary), and also received a Special Mention In Competition in the Documentary New Zealand International Film Festival (2009). (7/12 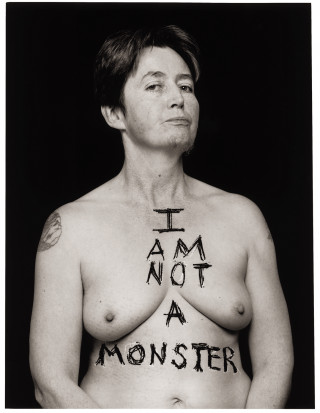 BLACK AND WHITE shines a sensitive light on a subject that is too often either shunned or sensationalized: the experiences of intersex people (sometimes called hermaphrodites). This beautiful and stylish film artfully explores the potent creative collaboration between Mani Bruce Mitchell and the acclaimed photographer Rebecca Swan. Portrayed through this lens, Mitchell’s story introduces viewers…