A professor of cinema studies at the Power Department of Fine Arts at the University of Sydney, filmmaker Laleen Jayamanne received her BA from the University of Ceylon, her MA from New York University, and her PhD from the University of New South Wales. She was a recipient of an ARC Discovery grant, and her research focuses on cross-cultural film criticism, feminist film theory, and Deleuzean film theory. Some of Jayamanne’s published works include: Towards Cinema and its Double: Cross-cultural Mimesis (2001), Kiss Me Deadly: Feminism and Cinema for the Moment (1995), and The Filmmaker and the Prostitute: Dennis O’Rourke’s The Good Woman of Bangkok (1997). (07/09) 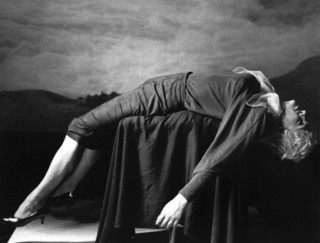 A Song of Ceylon

A formally rigorous, visually stunning study of colonialism, gender and the body. The title echoes the classic British documentary and evokes a country erased from the world map. The soundtrack enacts a Sri Lankan anthropological text observing a woman’s ritual exorcism. Visually, the film brings together theatrical conventions and recreations of classic film stills, presenting…