Laleh Khadivi was born in Esfahan Iran on the eve of the Islamic Revolution. Since leaving Iran she has lived in cities around the globe. Her debut novel, The Age of Orphans, received the Whiting Award for Fiction, the Barnes and Nobles Discover New Writers Award and an Emory Fiction Fellowship.

"The Age of Orphans" is the first book in a trilogy that follows three generations of Kurdish and Kurdish American men and their experiences of home, exile and migration in the 20th and 21st centuries. The second book of the trilogy, "The Walking," was recently published. Her work has been translated into eight languages.

Her debut documentary film 900 WOMEN aired on A&E and premiered at the Human Rights Watch Film Festival. Her media projects have received support and awards from the Paul Robeson Foundation, the Soros Open Society Fund, and the National Endowment for the Arts. She has worked as director, producer and cinematographer of documentary films since 1999. Since 2006 she has taught creative writing at The University of Wisconsin, Madison, Emory University and the University of Santa Clara and in private workshops.

Laleh lives in Northern California where she is at work on the third book of the trilogy, which takes place in the near future and the distant past. (8/14) 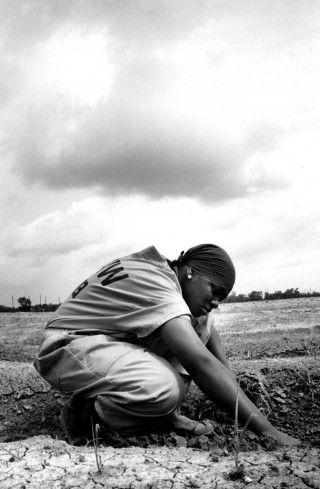 “The Louisiana Correctional Institute is located in the swamps of southern Louisiana in the small town of St. Gabriel. Built in 1970 to house an increasing population of female convicts, today it houses the state's most dangerous female prisoners and often exceeds its population capacity of 900. 75% of these are mothers and one fourth…