Laura Lipson is the director, writer, and co-producer of STANDING ON MY SISTERS’ SHOULDERS. She also penned the lyrics for the film’s opening song FREEDOM WILL COME.

She fulfilled her elementary school dream to live in Paris, and had the opportunity to do that when she became an assistant film editor for auteur director, Raul Ruiz. She worked on two of his films: TREASURE ISLAND and RICHARD III.

Recently, she has been a speaker for the State Department traveling to South Africa to talk to college and high school students and community members about filmmaking, interviewing techniques, mentorship, and the value of preserving grassroots history.

As a writer/producer director, she has worked on diverse projects including sizzle reels for ABC, a series for Veterans returning to civilian life, a short film for school age children about the US flag, and a World War II documentary story in Rome with the Sadoffs. She graduated with honors from UC Berkeley and lives in Washington, DC. (8/14) 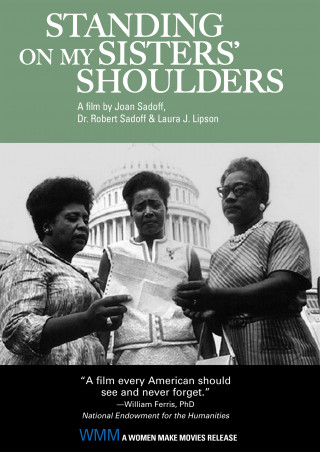