Leslie Thornton is an American filmmaker and artist. Currently she lives and works in both New York and Rhode Island. Leslie Thornton was born in 1951 in Knoxville, Tennessee. Leslie Thornton creates vigorously experimental film and video. All her work delves into the mystery and ongoing investigations into the production, creation and distribution of meaning through and within media. One finds that with Leslie Thornton both form and content are critical and inform each other. Thornton is Professor of Modern Culture and Media at Brown University.

From a young age Leslie Thornton was engaged in avant-garde cinema due to weekly screenings of experimental film at a Unitarian church in Schenectady, NY that she regularly went to as a teenager in the 1960's. This unlikely event helped guide Leslie's aesthetic. In the early 1970s Leslie Thornton used her artistic talents in the world of painting. Although she painted for less than ten years she produced a large body of work. Leslie Thornton attended the State University of New York in Buffalo, New York. While studying she worked with filmmakers such as Hollis Frampton, Paul Sharits, Stan Brakhage and Peter Kubelka. She also studied with Richard Leacock and Ed Pincus at MIT in Cambridge, MA. Leslie Thornton has received many awards, including the Maya Deren Award, the first Alpert Award in the Arts for media, a nomination for the Hugo Boss Award, two Rockefeller Fellowships, and grants from the National Endowment for the Arts, New York State Council on the Arts, New York Foundation for the Arts, Jerome Foundation, and Art Matters. 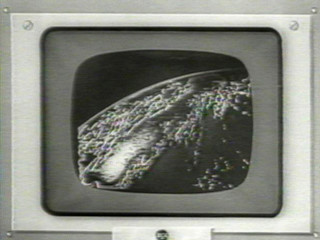 Peggy and Fred in Kansas

A few years older now, our boy and girl heroes mumble and chant their way through mid- America's wasteland. Thornton's interest in the line between language and thought becomes disturbingly apparent.

END_OF_DOCUMENT_TOKEN_TO_BE_REPLACED 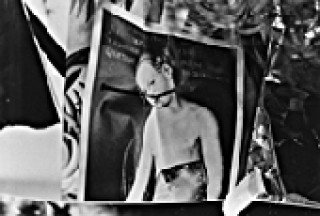 Peggy and Fred in Hell

END_OF_DOCUMENT_TOKEN_TO_BE_REPLACED 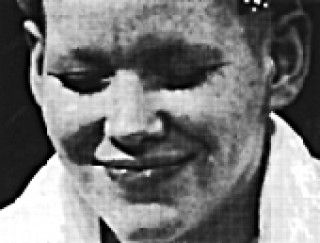 There Was An Unseen Cloud, Moving

A deft and intentionally fragmented "biography" of Isabelle Eberhardt, a Victorian traveler who, dressed as an Arab man, became a Muslim and a writer in Algeria at the turn of the century.

END_OF_DOCUMENT_TOKEN_TO_BE_REPLACED 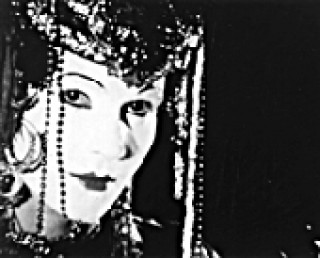 A formal 1861 portrait of a Chinese Mandarin and his wife is the starting point for this allegorical investigation of the fantasies spawned in the West about the East, particularly that which associates femininity with the mysterious Orient. ADYNATA presents a series of oppositions-male and female images, past and present sounds-which in and of themselves…