Elizabeth Emery worked for years with poor rural communities in Thailand and Vietnam and with Thai and Laotian immigrants in California, before becoming a filmmaker. While receiving her degree in Asian Studies at the University of California, Berkeley, Emery worked as a Field Researcher for the Thailand Development Research Institute. Upon her return to San Francisco, she was a Multilingual Advocate for Thai and Laotian immigrant women at the Asian Women’s Shelter. She went on to become a Research Associate at the Energy and Resources Group at Berkeley before becoming involved with documentary filmmaking as a Researcher for San Francisco’s Independent Documentary Group. She returned to Southeast Asia to work in Vietnam as a Field Research Consultant for CARE’s social forestry program in Ha Bac province and as a Project Coordinator for Manna Consultants where she established relationships with NGOs, artists and business associates and coordinated meetings between these groups regarding Vietnam’s national development plans.

Emery began to combine her work with the Southeast Asian community and documentary filmmaking while working as a Field Consultant for the Plant Thailand Project, where she carried out interviews, interpreted and served as a Coordinator for a team of forestry experts assessing local living conditios for a reforestation and documentary film project. Her work in film continued in New York, where she worked as an Associate Producer and Assistant Editor on Letter to My Father, Director/Cinematographer Ellen Kuras’ documentary about a young Laotian refugee. Emery also worked as the Assistant to the Director on the feature film I Shot Andy Warhol. Emery has also worked in television as Production Coordinator on Ushuaia, an international travel-oriented television series, Associate Producer on ESPU, a series focusing on the Endangered Species Protection Unit in South Africa, and Line Producer on Living with Cancer, a documentary series for the American Health Network. She currently works at the American Museum of Natural History. (09/09) 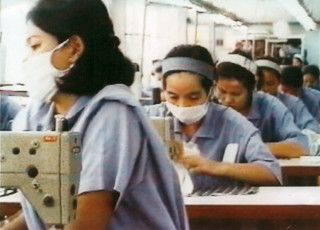 In Thailand, women make up 90 percent of the labor force responsible for garments and toys for export by multinational corporations. This powerful, revealing documentary about women factory workers and their struggle to organize unions exposes the human cost behind the production of everyday items that reach our shores. Probing the profound impact of the…