Lorna Ann Johnson is an award winning filmmaker whose films have been screened extensively at film-festivals nationally and internationally. She has won awards from the Mill Valley Film Festival, the National Black Programming Consortium and has been invited to present her work at Whitney Humanities Center at Yale University, George Washington University and most recently the Montreal Human Rights Film Festival. Most recently she is the recipient of the 2012 Leeway Transformation Award granted to an artist whose work demonstrates a commitment to social change.

Her film MY WOLVERINE received the Jury Award at the [email protected] Program at the Mill Valley Film Festival and Best Experimental from the National Black Programming Consortium. Her documentary FREEDOM ROAD (2004) which profiles women prisoners in a memoir writing workshop has been broadcast nationally, screened internationally and is currently distributed by Women Make Movies. JUST ANOTHER WAR, a documentary chronicling the impact of war on three women has been screened at the Athens Film Festival in Ohio and the Montreal Internal Human Rights Film Festival.

Her most recent film, titled ...ABOUT LOVE, a film which looks at love lost, love found and love hoped for was just completed. It screened at the 2012 Reelsisters Film Festival in Brooklyn, New York. (8/14) 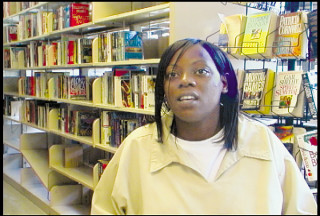 FREEDOM ROAD is a barren stretch that leads in and out of the Edna Mahan Correctional Facility for Women. Yet for some of the women incarcerated there, freedom has been redefined through the power of the pen. A testament to the profound influence of arts and education, Lorna Johnson’s compelling film features six female prisoners…