Malinda Maynor Lowery is an Assistant Professor of History at the University of North Carolina-Chapel Hill. She was born in Robeson County, North Carolina and is a member of the Lumbee Tribe of North Carolina. Her book Lumbee Indians in the Jim Crow South: Race, Identity, and the Making of a Nation was published by University of North Carolina Press in March 2010. She has published articles about American Indian migration and identity, school desegregation, and religious music. Lowery has produced three documentary films about Native American issues, including the award-winning IN THE LIGHT OF REVERENCE, which showed on PBS in 2001 to over three million people. Her two previous films, REAL INDIAN and SOUNDS OF FAITH, both concern Lumbee identity and culture. She serves on the Board of Directors of the Carolina Arts Network, a non-profit organization headquartered in Robeson County that produces the outdoor drama, Strike at the Wind! She has a bachelor’s degree in History and Literature from Harvard University, a master’s degree in Documentary Film Production from Stanford, and she holds a Ph.D. in History from UNC-Chapel Hill. Her previous teaching appointments include Harvard University, North Carolina State University, Duke University, and San Francisco State University. She has belonged to various non-profit boards of directors, including Working Films (Wilmington, NC), the Southern Documentary Fund (Durham, NC), and she currently serves on the board of the Independent Television Service. She lives in Durham, NC with her husband, musician and artist Willie French Lowery, and their 2 year old daughter Lydia. (8/14) 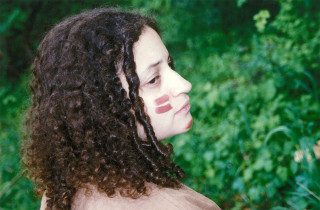 REAL INDIAN is a lighthearted, very personal look at the meaning of cultural identity. As a Lumbee Indian, the filmmaker is constantly confronted with the fact that she doesn't fit any of society's stereotypes for Native Americans. Those stereotypes are imposed by both whites and other Indians, alienating the filmmaker from many of the conventional…