Margaret Murphy is a three time Emmy Award winning producer, writer and editor. She began her career as a member of the original staff of Sesame Street and went on to produce children’s programs for ABC, Nickelodeon and Scholastic. She received a Video of the Year Grammy Award nomination for Fun and Games, one of the first interactive videodiscs for children. She has been a producer for ABC News’ Nightline where she received an Emmy for coverage of the first Gulf War, NBC’s Dateline and has produced and written many hours for the A&E Biography series as well as programs for the History, Travel and Discovery Channels. She has been a producer and editor for ABC’s Wide World of Sports and the PBS series Smithsonian World winning Emmys for both programs. Recently, she served as Supervising Film Editor for the feature film, "Proud" starring Ossie Davis and was Consulting Producer for "Can You Hear Me". Ms. Murphy’s independent films including "They Are Their Own Gifts" have been honored at the New York, Tribeca, Edinburgh, Berlin and Chicago Film Festivals and she has been a recipient of grants from the National Endowment and NYSCA. She was born in the Bronx, New York and educated at Fordham University and the Neighborhood Playhouse. (03/12) 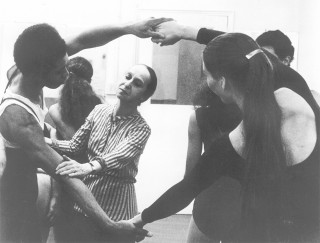 They Are Their Own Gifts

A three volume set of film portraits--Muriel Rukeyser, Alice Neel and Anna Sokolow. The poetry, painting, and dance of these three women is not artistic purism, but the product of a life conducted within social fabric. Through interviews, photographs and her own poetry readings, Muriel Rukeyser is shown as a civil rights and political activist.…