Margo Guernsey began her film career in 2010 as a producer at WPBT2 (Miami). Since 2012 she has worked freelance as a director and producer of industrial videos in the Boston area. Over the past 20 years, Margo has worked as a union organizer, non-profit development director, Spanish/English translator and media instructor, always building multi-racial collaborations across class lines to inform the work of building a more just society. Margo brings her organizing, fundraising and filmmaking background to work on film outreach and impact. She holds an MFA in Film (University of Miami), MA in History (Umass/Amherst), BA in History (Brown University), and is a Tribeca/Camden/CNNFilms Retreat Alumni. COUNCILWOMAN is her first feature documentary. (2/19) 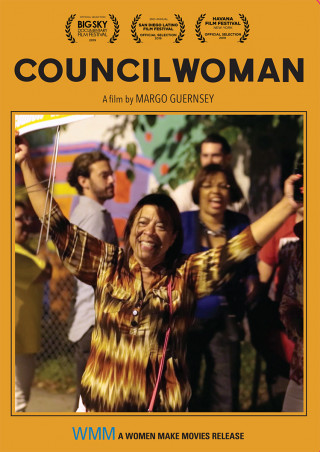 COUNCILWOMAN is the inspiring story of Carmen Castillo, an immigrant Dominican housekeeper in a Providence hotel who wins a seat in City Council, taking her advocacy for low-income workers from the margins to city politics. The film follows Castillo’s first term as she balances her full-time day job as a housekeeper with her family life…