An astute observer of the cultural aspects of the fetish world, Venezuela born Maria Beatty's artistry as a filmmaker sets new standards of quality. Her unique vision covers ground explored by artists as varied as Andy Warhol, Werner Fassbinder, Irving Klaw and Betty Page -- but presents it more explicitly and daringly. The high art quality of the films is a dramatic contrast to the (frequently) sometimes shocking images she reveals.

Committed to total control over her own work, Maria Beatty has gone on to establish herself as a true independent, winning acclaim and awards for her uncompromising work. Her highly personal approach achieves an authentic sensuality rarely seen in adult cinema, leading viewers into the enticing world of fetishism: rope bondage, spanking, stilettos, latex, hot wax, golden showers, breast play, foot worship and more. In her own words, "My films delight in the playful relationship between pleasure and pain." (8/14) 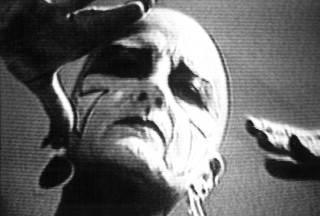 Since its inception, performance art provided a forum for those artists whose work challenges the dominant aesthetic and cultural status quo. In SPHINXES WITHOUT SECRETS, performers, curators and critics unravel the mysteries of performance art and ponder the world women confront today. Performers featured in this stylish program include Diamanda Galas, Holly Hughes (one of…