Mary Ann Smothers Bruni is a first time filmmaker. In April 1991 she walked up a mountain above Turkey and into Iraq, where she joined the two million Kurds fleeing the wrath of Saddam after the failure of the Kurdish uprising. She returned to Iraq in June, in search of the families she had known in the mountains. Her experiences over the next three years in Iraqi Kurdistan were recorded in a 1994 book and photographic exhibition "Journey through Kurdistan," sponsored by The University of Texas, Texas Memorial Museum, and University of Texas Press.

In 1998 Bruni launched "Stations for Leila," a tribute in Christian and Islamic images to her friend Leila, who was brutally and mysteriously murdered in Duhok, Iraq, at the Southwest School of Art and Craft as part of San Antonio's Contemporary Art Month. As Stations traveled to galleries and museums, it expanded into an extensive exhibition called "Stations for Leila: Ritual and Belief" that included images from seven different religions in five different countries. The exhibit is always presented in a "Stations of the Cross" format and emphasizes the death of innocent victims.

Bruni returned to Iraqi Kurdistan in 2002 to photograph an exhibition "Zagros Prayers" featuring images of Kurdish women printed on silk for The Mountain Institute in Washington, DC, the United Nations and the Kingdom of Bhutan. This exhibit was included as part of the United Nation’s Year of the Mountain celebration in Bhutan in September 2002. In 2005 she returned to scout locations and stories for three films on Kurdish women. QUEST FOR HONOR is the first of these films she wants to make.

Bruni's earlier writings and photographs center on Texas-Mexican folk arts - drama, music, poetry -- as seen through the lens of her studies of medieval and Latin American literature at Mexico City College (now University of the Americas) and as a graduate student at The University of Madrid. The background for her books and exhibitions are archived at the prestigious Benson Latin American Collection of The University of Texas Library. Her awards for that work include a "lazo de dama" medal from the Order of Isabel la Catolica, awarded by Juan Carlos, King of Spain.

Bruni's published books include Journey through Kurdistan, Viva la Virgen de Guadalupe, Rosita's Christmas Wish, and Los Pastores. Her photographs have been shown in London, Bhutan, Canada, as well as many museums and galleries in the United States. (01/12) 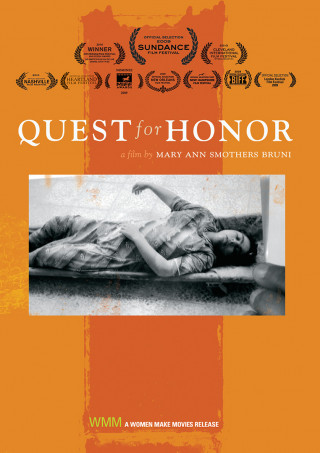 A searing and necessary documentary, QUEST FOR HONOR, which premiered at the Sundance Film Festival and was shortlisted for an Academy® Award nomination for Feature Documentary, investigates the still prevalent practice of honor killing in the Kurdistan region of northern Iraq. The alarming rise in the heinous act of men killing daughters, sisters and wives…