Mimi Chakarova, a Bulgarian-American photojournalist and filmmaker, has covered global issues examining conflict, corruption and the sex trade. Her film "The Price of Sex," a feature-length documentary on trafficking and corruption was awarded the Nestor Almendros Award for courage in filmmaking at the Human Rights Watch Film Festival in New York. She was also the winner of the prestigious Daniel Pearl Award for Outstanding International Investigative Reporting and a Dart Awards Finalist for Excellence in Coverage of Trauma. Chakarova continued on to direct, shoot and produce two other feature films, completed by her own production company, A MOMENT IN TIME PRODUCTIONS. "Men: A Love Story" premiered at the renowned Telluride Film Festival in 2016. Chakarova is currently directing "Still I Rise," a documentary series of short films that honors those striving for dignity and justice. Mimi Chakarova is the recipient of the Dorothea Lange Fellowship and the Magnum Photos Inge Morath Award for her documentary work. Other awards include a People's Voice Webby, as well as a nomination for a News & Documentary Emmy Award. Chakarova's work has appeared in National Geographic, The New York Times Sunday Magazine, The Atlantic Monthly, Ms., The Sunday Times Magazine, London, CBS News' "60 Minutes," CNN World, BBC World, Al Jazeera English, PBS' FRONTLINE/World and the Center for Investigative Reporting among others. (07/19)

Chakarova taught visual storytelling at UC Berkeley's Graduate School of Journalism for 14 years. She has also taught at Stanford University's African and African American Studies and Comparative Studies for Race and Ethnicity. (07/19) 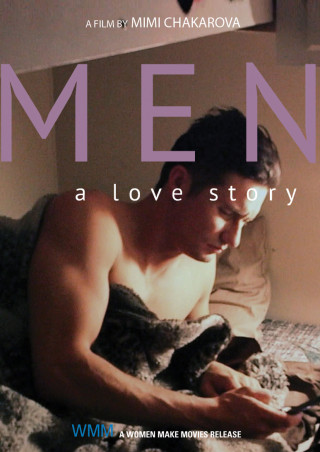 After spending nearly a decade as a journalist documenting young women sold as slaves into the sex trade, award winning filmmaker Mimi Chakarova (THE PRICE OF SEX) sets out on a journey across the United States to explore how men feel about women and love. Piecing together a rich tapestry of vignettes, woven from stories…

END_OF_DOCUMENT_TOKEN_TO_BE_REPLACED

The Price of Sex

An unprecedented and compelling inquiry, THE PRICE OF SEX sheds light on the underground criminal network of human trafficking and experiences of trafficked Eastern European women forced into prostitution abroad. Photojournalist Mimi Chakarova’s feature documentary caps years of painstaking, on-the-ground reporting that aired on Frontline (PBS) and 60 Minutes (CBS) and earned her an Emmy…