Mona Hatoum's poetic and political oeuvre is realized in a diverse and often unconventional range of media, including installations, sculpture, video, photography and works on paper.

Hatoum started her career making visceral video and performance work in the 1980s that focused with great intensity on the body. Since the beginning of the 1990s, her work moved increasingly towards large-scale installations that aim to engage the viewer in conflicting emotions of desire and revulsion, fear and fascination. In her singular sculptures, Hatoum has transformed familiar, every-day, domestic objects such as chairs, cots and kitchen utensils into things foreign, threatening and dangerous. Even the human body is rendered strange in works such as 'Corps étranger' (1994) or ‘Deep Throat’ (1996), installations that use endoscopic journeys through the interior landscape of the artist’s own body. In Homebound (2000) and Sous Tension (1999) Hatoum uses an assemblage of household furniture wired up with an audibly active electric current – combine a sense of threat with a surrealist sense of humour to create works that draw the viewer in on both an emotive and intellectual level. In smaller sculptures such as Traffic (2004) and Twins (2006) Hatoum uses found materials, rich with patina and laden with personal resonance, to create poetic, beguiling works on an intimate scale.

Mona Hatoum was born into a Palestinian family in Beirut, Lebanon in 1952 and now lives and works in London and Berlin. She has participated in numerous important group exhibitions including The Turner Prize (1995), Venice Biennale (1995 and 2005), Documenta XI, Kassel, 2002, Biennale of Sydney (2006), the Istanbul Biennial (1995 and 2011) and The Fifth Moscow Biennale of Contemporary Art (2013).

In 2013-2014 she was the subject of a solo exhibition at the Kunstmuseum St. Gallen and the largest survey of her work to be shown in the Arab world is currently held at Mathaf: Arab Museum of Modern Art in Doha. (8/14) 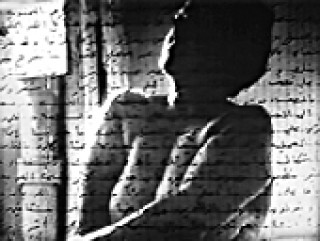 In this resonant work, Palestinian-born video and performance artist Mona Hatoum explores the renewal of friendship between mother and daughter during a brief family reunion in war-torn Lebanon in 1981. Through letters read in voice-over and Arabic script overlaying the images, the viewer experiences the silence and isolation imposed by war. The politics of the…