Documentary filmmaker, journalist and now a host of her own show on Express Television, the multi-faceted media personality, Munizae Jahangir, has certainly managed to make a name for herself. She has reported on Pakistan’s political affairs and has often risked her life to tell the story. Co-founder of South Asian Women in Media (SAWM), Jahangir shares the struggles faced by her as a woman working in the male-dominated world of the electronic media.

Munizae Jahangir recently produced and directed, Search for Freedom a feature length documentary, recently screened by Amnesty International in Washington D.C. and in New York City, USA. SEARCH FOR FREEDOM portrays how the conflicts of Afghanistan affected the lives of four Afghan women, from the 1920s to the present day. The film was amongst sixteen films chosen from around the world to be screened at Amnesty International’s USA film festivals around the US. Jahangir worked as an anchor reporter for the Current Affairs Channel, Pakistan National Television, where she directed and reported on environmental issues, child labor and Human Rights abuses. She was a research assistant and cameraperson for a documentary on Acid Burnt Women, which was shown on Indus Vision Television, Dubai, UAE. She co-produced a documentary about the street children of Lahore, which was screened in Community Centers around Pakistan. She has been a freelance journalist for the past ten years and has also worked with Pakistan’s national female film director Samina Peerzada on the Urdu commercial film Shararat. She is presently working for Pakistan’s independent news network, GEO. Jahangir holds a BA in Political Science and English from McGill University, Montreal, Canada and an MA in Media Studies, with a concentration in film and video from New School University, New York. (8/14) 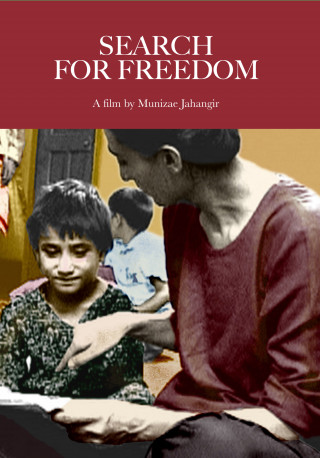 SEARCH FOR FREEDOM traces the dramatic social and political history of Afghanistan from the 1920s to the present through the stories of four remarkable women: Princess Shafiqa Saroj, sister of the beloved progressive King Amanullah (1919-1929); Mairman Parveen, the first woman to sing on Afghan radio; Moshina, a war widow and survivor of a Taliban…