Myriam Fougère is a multidisciplinary artist born in Quebec City, Canada. Prior to becoming a filmmaker, Myriam worked as a sculptor and photographer, showing her work in women-only spaces for more than two decades. Her first film was a poetic, innovative documentary about breast cancer entitled On A Moving Path, which Myriam wrote shot and directed.

Lesbiana- A Parallel Revolution, came out in 2012. Fougère shot, directed and edited this historical documentary about the rise and fall of the lesbian movement in Quebec and United States in the 1980's. Using many personal archives, Lesbiana is a intimate and inspiring film which screened at more than 60 international film festivals including Montreal, Paris, London, Seoul, Moscow, Belgrade, Barcelona and San Francisco

Informed and inspired by these experiences, Myriam has once again directed, filmed and edited a third documentary film. In her latest project Feminista, 2017, Myriam turned her creative lens to the newest generation of feminist activists, documenting how feminism and lesbianism are alive and thriving today, focusing this time on women from different countries in Europe. (7/19) 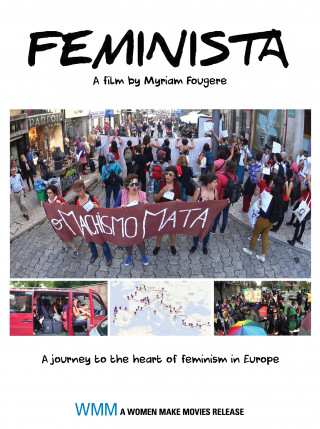 FEMINISTA is a lively and inspiring feminist road movie that explores the largely unrecognized yet hugely vibrant pan European feminist movement. Filmmaker Myriam Fougère joined an international group of young feminists who were traveling across twenty countries – from Turkey to Portugal, by way of the Balkans, to Italy, Spain and Portugal – to make…

END_OF_DOCUMENT_TOKEN_TO_BE_REPLACED 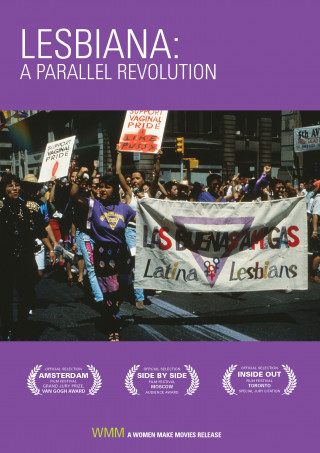 A parallel, lesbian-feminist revolution was born out of the women’s and civil rights movements of the 60’s and 70’s. Filmmaker Myriam Fougère’s takes us on a road trip through the United States and Canada as she revisits the activists of the time who sparked this revolution to define their own culture. As active second-wave feminists,…