South Africa native Nicky Newman is a documentary filmmaker and photographer. A graduate of South Africa’s prestigious Rhodes University, Newman has a degree in Journalism and Media Studies as well as an honours degree in Psychology. Newman spent some time after graduation living and working in both Hong Kong and London in the field of print media. Newman eventually decided to return to South Africa where she would pursue more visual media forms: upon her return, Newman founded the production company See Thru Media. During the last years of South Africa’s apartheid struggle, Newman learned the power of media to promote social change and frequently explores this power in her work. Newman has produced, directed, shot and edited a number of documentaries, educational programs, short films and music videos. Some of her documentary titles include "The Architecture of Fear," "Whole World Comes Out to Play" and "Across the Line." Until recently, Newman served as the Vice President of the International Association of Women in Radio and Television. She is currently developing a script for a feature film and is working closely with the Maurits Binger Film Institute on the project. (07/12) 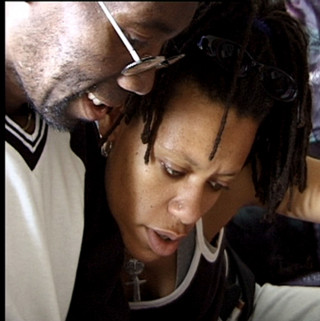 SIMON & I is an intimate and inspiring portrait of black South African gay rights activist Simon Nkoli, who died of AIDS in 1998, and his fellow activist and protégé, Bev Ditsie. Chronicling two remarkable decades of activism, their story charts the history of the gay and lesbian liberation movement in South Africa and presents…