In 1986, Parminder Vir produced a showreel on black filmmaking in Britain. The tape was viewed by senior BBC executives and led to an offer of work there. Starting out as a researcher, she progressed to assistant producer and eventually to series producer, staying with the BBC until 1994. Thereafter, she continued to make programs for the BBC under the aegis of her own production company, Formation Films.

In 1991, she produced two programs for the BBC series Our War, in which Middle Eastern directors explored the effect of the Gulf War on their different countries and people. This was followed by more international documentaries such as: Algeria - Women at War (1992, made for Channel 4's Critical Eye season) The Sex Warriors and the Samurai (1995, for Channel 4's Secret Asia series), African Eyes on Europe (1995, broadcast ZDF/Arté, Germany), and a mini-series on the 50th Anniversary of the United Nations.

Throughout her career, Vir has been at the forefront of championing ethnic diversity, spearheading the Cultural Diversity Network (CDN), an industry-wide organization committed to diversity in output and employment. In May 1996 she was appointed the Diversity Advisor to Carlton Television and in 1999 to the Board of the Film Council. In 2002 she was awarded an OBE in the Queen's Birthday Honors.She is married to the director Julian Henriques. (8/14) 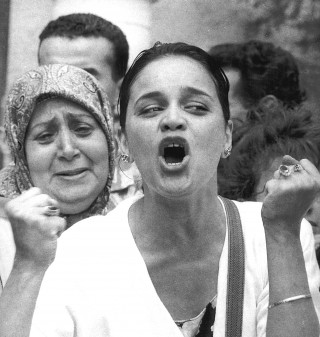 ALGERIA: WOMEN AT WAR offers a rare insight into the key role Algerian women played in their country’s liberation struggle from the French thirty years ago and their equally important place in today’s politics. Produced for Channel Four Television, this high-quality documentary uses a combination of interviews and archival footage to ponder the position of…