Rebecca Cammisa is a two-time OSCAR®-nominated and Emmy Award-winning filmmaker.

In 2003, Rebecca founded Documentress Films, teamed up with Mr. Mudd Productions, and directed and produced the 2010 OSCAR®-nominated documentary, "Which Way Home" for which she received a Fulbright Fellowship for Filmmaking.

In 2011, Rebecca directed and produced the HBO documentary, "God is the Bigger Elvis" which received a 2012 OSCAR® nomination for Best Documentary Short Subject; a 2013 EMMY® award nomination for Outstanding Arts & Cultural Programming; and a 2012 IDA Documentary Award in the short category.

Rebecca was awarded a John Simon Guggenheim Fellowship for Filmmaking, and began her next film "Atomic Homefront," which received numerous grants including a 2016 MacArthur Foundation Documentary Film Grant. 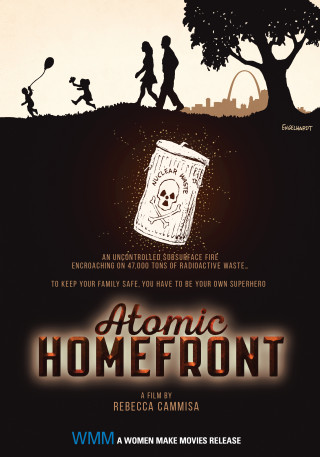 ATOMIC HOMEFRONT shines an urgent and devastating light on the lasting toxic effects that nuclear waste can have on communities. The film reveals St. Louis, Missouri's past as a uranium processing center for the atomic bomb, and the governmental and corporate negligence that lead to the illegal dumping of radioactive Manhattan Project waste throughout North…