Sally Heckel is an independent filmmaker who produces, directs, writes, edits and often shoots her own films. She’s made short fiction films: A JURY OF HER PEERS, ORDINARY DAYS and LOU; animated shorts: THE BENT TREE; and documentaries: IT'S NOT A ONE PERSON THING. Her work has screened in Europe and the US in Festivals and also on TV, and she’s received production grants from the National Endowment for the Arts, the New York State Council on the Arts, and the American Film Institute. Heckel has won awards at the American Film Festival, the Chicago International Film Festival, the Sinking Creek Film Celebration and the Buffalo Niagara Film Festival, as well as an Academy Award nomination. UNSPEAKABLE is her first feature. (8/14) 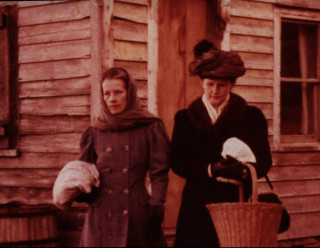 A Jury of Her Peers

On a desolate American farm in the early 1900's, a farmer is found murdered in his sleep and his wife is jailed as the prime suspect. A powerful adaptation of the 1917 Susan Glaspell short story of the same name, based on her play "Trifles", A JURY OF HER PEERS presents a riveting tale of…