Born in Nassau, Bahamas, Sekiya Dorsett is a queer filmmaker giving voice to issues of equality. In 2008, her first film, Wisdom and Understanding, a short experimental film, made its debut at NewFest Film Festival and the Oakland Black LGBT Festival. In 2009, her short, Sisters, a story about a lesbian woman struggling to reconcile with her mother, was screened at the Austin LGBT Film Festival.Through online media, her project, The Rainbow Collective, merged race, gender, religion, and pop culture. By day she is a Writer/Producer/Editor, where she has created work for LOGO TV and NBC Universal. To see more of Sekiya's work, visit sekiyadorsett.com. 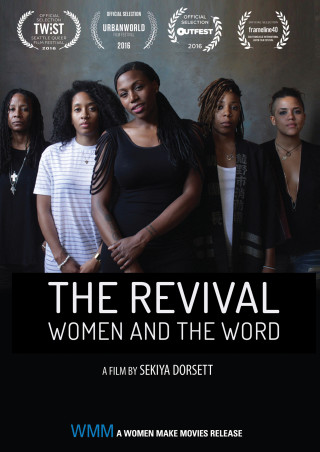 The Revival: Women and the Word

THE REVIVAL: WOMEN AND THE WORD chronicles the US tour of a group of Black lesbian poets and musicians, who become present-day stewards of a historical movement to build community among queer women of color. Their journey to strengthen their community is enriched by insightful interviews with leading Black feminist thinkers and historians, including Dr.…