Thakur's films explore how we perceive each other and ourselves through the lens of history, memory and identity. Working easily between documentary, experimental and narrative modes, her films Red Tulips, A Story About Forgetting, Sky People, Kairos, Seven Hours to Burn, Two Forms, Circles and Domino have won 26 awards. Her films have broadcast on the Sundance Channel and PBS, as well as in 22 countries.

Be it short or feature length, she works as director, writer, editor and producer. Thakur has received support from the National Film Board of Canada, the Pennsylvania Council of the Arts, the Independent Film Project (IFP) in New York and the Pew Fellowship in the Arts. She is Associate Professor in the MFA Program in Integrated Media Arts at Hunter College, City University of New York. For more, visit www.shantithakur.com. (07/19) 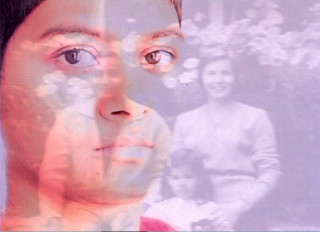 "A visually expressive personal documentary that explores a family's history. Filmmaker Thakur mixes richly abstract filmmaking with disturbing archival war footage to narrate the story of her Danish mother's and Indian father's experiences. Her mother survives Nazi-occupied Denmark while her father experiences the devastating civil war in India between Hindus and Muslims. Both émigrés to…