Silvia G. Ponzoda is a photographer, film director and journalist. She studied Photography at the Institut d’Estudis Fotogràfics of Barcelona and journalism at the School of Information Sciences at the Autonomous University of Barcelona. She has worked as press photographer, in publicity and major reports that she has made in countries such as Chile, Argentina, Lebanon, Ghana, Cameroon, Egypt and Morocco, among others. Her work has been exhibited in galleries in Spain and France, where he won the prize Martin Chambi of Photography, which gives Unión Latina with Radio France International.

As director, her documentaries have been seen at festivals around the world, such as Taipei, La Habana, Florence, Barcelona, Turin, Istanbul and Washington, also the film A Woman’s Word was awarded with the Jury’s Film Festival Women in San Diego.

Nowdays, she is part of the panel of professors from title Diploma in Visual Arts ‘Photography and Creative Action.’ (8/14) 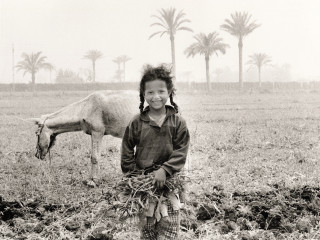 Beautiful and intimate, A WOMAN'S WORD depicts the life and writings of three exceptional authors of the Arab word – Nawal Al Saadawi from Egypt, Hanan Al Shaykh from Lebanon, and Janata Bennuna from Morocco. For all three women, becoming a writer was never a choice but a necessity – a vocation fought for and…