Sophia Luvarà received her MSc with merit in Medical Biotechnology from the University of Turin, where she also studied for a PhD in Cancer Research, but in 2007 she discontinued her studies and moved to London to follow her passion for documentary filmmaking.

In 2008, she attended the Documentary Filmmaking course at the London Film Academy and subsequently directed a number of independent documentaries, including: THE GREAT MAFIA ORANGE SQUEEZE (2011, UK/Italy), about African immigrants who rioted against 'Ndrangheta mafia oppression in a small town in the South of Italy. THE ROAD TO FUREIDIS (2011, UK), about Arab Israeli women, who receive training to increase their self-confidence and employability. In 2013, Sophia spent two weeks embedded with soldiers on duty in Afghanistan for the MTV documentary SOLDATI - MISSIONE AFGANISTAN. (5/17) 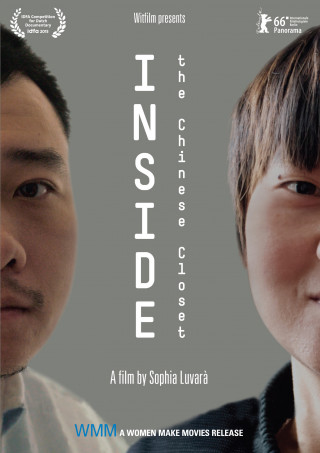 Inside the Chinese Closet

The complexities of gay life in modern China collide at the event where Andy and Cherry first meet—a “fake marriage fair” in Shanghai, where a new, cosmopolitan generation of gay men and lesbian women seek to make a deal with a spouse of the opposite sex. Homosexuality has only recently become legal in China, but…