Tessa Boerman is an Dutch independent documentary filmmaker, programmer and cultural advisor. Her work focuses on issues of representation, diversity and inclusion. With the Dutch Directors Guild, she advocated for cultural diversity and inclusion in the Dutch film and TV industry. She has made two powerful documentaries that highlight different aspects of beauty, ideals and belonging. A KNOCK OUT looks at the life of Michele Aboro, a black lesbian boxer who was very successful in the ring but was told that she wasn’t sexy enough outside of it; the promoters wanted to see a sexy vamp and terminated her contract early. Her second documentary, ZWART BELICHT, explores the historic representation of black women in paintings of Rubens. For International Film Festival Rotterdam, she programmed "Black Rebels," focusing on international films about and predominantly by black people navigating the cultural divide since the origin of cinema. (01/20) 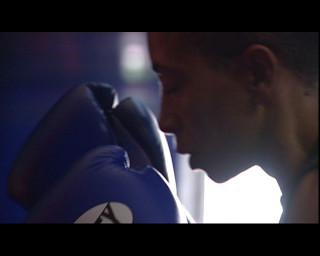 Boxing champion Michele Aboro grew up in South London, where life for a girl was never easy, let alone for a mixed-race lesbian girl. Thanks to her tenacious spirit and an uncanny talent for combat sports, she put her difficult past behind her and managed to sign a contract with the biggest boxing promoter in…