Valentina Canavesio is a documentary film and television producer whose film Footprint, about the challenges of overconsumption and population growth, premiered at Sheffield Doc/Fest in 2016. Her feature work also includes producing These Birds Walk (2013), My Italian Secret (2014), One Day On Earth (2011) and Welcome to Detroit (2010). Between them, the films have premiered and screened at SXSW, Hot Docs, and the United Nations.

Her television work includes having produced the highest rated specials of Italian Public television's longest running show, Linea Verde. Most recently, she helped produce two North American pilot shows: hidden stories behind the food we eat with Mark Bittman as the host, and an investigative news magazine on MSNBC for social and environmental issues.

Her passion for social justice issues has led her around the world for various NGOs and the UN producing short-form content in places such as the Democratic Republic of the Congo, Pakistan and the Philippines, often as a one-woman crew. From this work, her film Biblioburro, shot in Colombia, aired repeatedly on PBS and was selected as one of the audienceâ€™s favorite stories of the year. The film was later turned into a children's book that has been translated into five languages.

Valentina holds a BA with honors from the University of Southern California and a Master's degree in International Affairs from Sciences-Po University in Paris. She was selected as one of the up-and-coming filmmakers of 2010 for the Berlinale Talent Campus. (7/19) 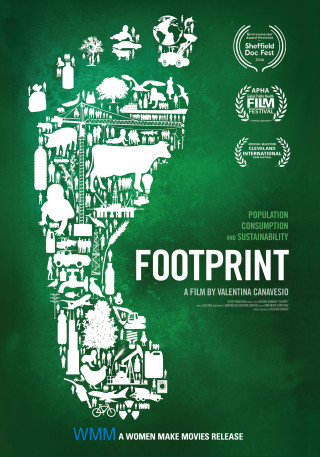 FOOTPRINT takes a dizzying spin around the globe, witnessing population explosions, overconsumption, limited resources, and expert testimony as to what a world straining at its limits can sustain. We spend time with indigenous health workers, activists, and the ordinary people in the Philippines, Mexico, Pakistan and Kenya, women who all challenge the idea that our…