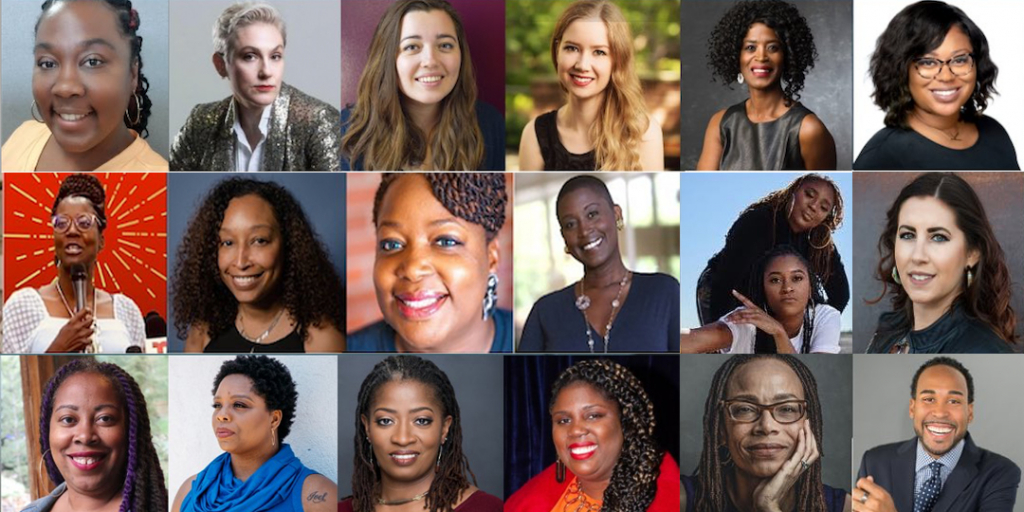 Filmed over seven years with extraordinary access and intimate accounts from currently and formerly incarcerated people, WMM new release BELLY OF THE BEAST exposes a pattern of illegal sterilizations, modern-day eugenics and reproductive injustice in California prisons. Coinciding with the film’s theatrical release, the filmmaking team has expanded on the conversation by hosting a series of panel discussions. While the panels have passed, recordings of them can be watched on Facebook. Read about the panels and watch below.

See What You’ve Done: Music for This Moment (Held on October 16)

Dorothy Roberts, professor and author of Killing the Black Body, joins filmmaker Erika Cohn, producer Angela Tucker, and film participants Kelli Dillon and Cynthia Chandler. Women and vulnerable communities are speaking out about their experiences with forced sterilization. But it will take justice and collective healing to repair communities from generations of trauma caused by systemic abuse that deprives women of their dignity and freedom. Moderated by David J. Johns, Executive Director of the National Black Justice Coalition.

Not Just ICE: How We Build Across Movements (Held on October 18)

In August 2020, whistleblower Dawn Wooten, a long-time nurse, reported practices leading to an investigation of a pattern of nonconsensual gynecological procedures, including hysterectomies, performed on detainees at the Irwin federal immigration detention center in Georgia. This panel is introduced by Dr. Angela Davis and moderated by law professor and advocate Michele Goodwin, author of Policing the Womb: Invisible Women and the Criminalization of Motherhood. Panelists include: ICE whistleblower Dawn Wooten; La’Die Mansfield, Southern Regional Organizer for Project South; Danielle Rodriguez, Georgia Coordinator for Sister Song; and film participants Kelli Dillon and Cynthia Chandler.

Reparations Now for Survivors of Forced Sterilization (Held on October 23)

Reproductive Justice on the Ballot (Held on October 24)

What reproductive justice issues are on the ballot in November and beyond? Co-presented by the Groundswell Fund, join Cherisse Scott (Sister Reach), Nourbese Flint (Black Women for Wellness), BELLY OF THE BEAST producer Angela Tucker, and film participant Kelli Dillon for this urgent and essential conversation moderated by Patrisse Cullors. Featuring clips from BELLY OF THE BEAST and WMM release ABORTION HELPLINE, THIS IS LISA, a short film about an abortion access fund in Philadelphia.

A THOUSAND GIRLS LIKE ME wins at Full Frame!