Albertina Carri is one of the figures laying the groundwork for the concept of New Argentine Film. Characteristic are versatility and constant research into different genres. She has explored both film noire and documentary, bordering on fiction, pornographic melodrama, and family drama. Director and screenwriter, she was born in Buenos Aires in 1973, where she presently lives and works. She shout her opera prima at 24, NO QUIERO VOLVER A CASA (I DON’T WANT TO GO BACK HOME) selected for the Rotterdamn, London, and Vienna Film Festivals. Her work with animation produced the short features AURORA and BARBIE TAMBIEN PUEDE ESTAR TRISTE (AURORA AND BARBIE CAN ALSO BE SAD), the latter a porn fiction meriting Best Foreign Award at the New York Mix Festival.

Her second feature, LOS RUBIOS (THE BLONDS) placed her among the best directors of her generation. LOS RUBIOS was released in the U.S. and Spain after being shown at the Locarno, Toronto, Gijon, Rotterdam, and Goteborg Film Festivals. This work challenged the dominant discourse on the bloodiest dictatorship in the history of Argentina, and the figure of the disappeared ("los desaparecidos"), marking a breaking point in the manner of the shooting, narrating, and reflecting on memory and its representations. This film received the Audience Award, and Best Argentina Film Award (BAFICI), Best New Director (Las Palmas, Canary Islands), Best Film (L’Alternative, Barcelona).

GEMINIS, her third feature was presented at the Filmmakers Fortnight at Cannes and saw its theatrical release in Argentina and worldwide in 2005.

After finishing her most recent feature, LA RABIA (THE RAGE) a unique gaze directed at the violence hidden in the pastoral landscape of the Argentina Pampas, Carri directed two shorts RESTOS(2010) and PETS (2012). (8/14) 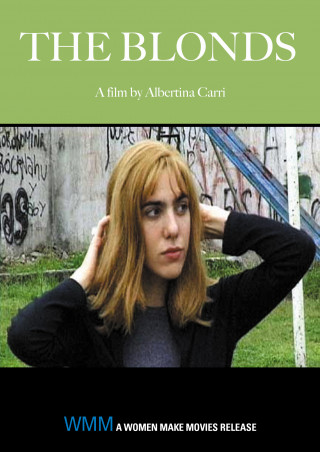 Albertina Carri’s second feature is a look at Argentina’s recent history from the perspective of a generation forced to mourn those of whom they have no recollection. Carri, who lost her parents to Argentina’s brutal military junta when she was three years old, travels through Buenos Aires with her crew to unravel the factual and…