Alile Sharon Larkin is an acclaimed L.A. Rebellion filmmaker and multicultural artist-educator. Born in 1953 in Chicago, Larkin grew up in ethnically diverse neighborhoods in Altadena and Pasadena, California. She received her B.A. in Creative Writing (Humanities) from USC in 1975 where she won that year’s Moses Award in Creative Writing. Larkin earned her M.F.A. in Film and Television Production from UCLA and a teaching credential from CSULA, where she also began an M.A. in Storytelling.

Larkin is a grassroots, community-based filmmaker whose work has for decades, screened and broadcast nationally and internationally in diverse venues: community centers, libraries and universities; festivals and museum exhibitions; community cable and PBS stations.

For over 25 years, Larkin made filmmaking a part of her public school elementary classroom curriculum. She was awarded ten Video in the Classroom Awards (VICs) from KLCS-TV for teacher-produced videos documenting student learning about textile arts, storytelling, yoga, jazz, women's history, Kwanzaa and African-inspired dance. 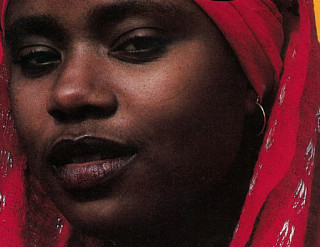 A highly-acclaimed film, A DIFFERENT IMAGE is an extraordinary poetic portrait of a beautiful young African American woman attempting to escape becoming a sex object and to discover her true heritage. Through a sensitive and humorous story about her relationship with a man, the film makes provocative connections between racism and sexual stereotyping. The screenplay…

END_OF_DOCUMENT_TOKEN_TO_BE_REPLACED 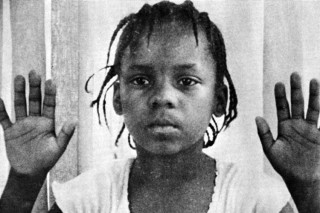 Your Children Come Back to You

YOUR CHILDREN COME BACK TO YOU is a contemporary allegory about values and assimilation. The film literalizes the meaning of a "mother country" by means of the story of a young girl, Tovi, torn between two surrogate mothers: one comfortably bourgeois, the other nationalist.