Alina Marazzi has been recognized as one of the most innovative of Italian documentarists within a new generation of directors, having directed several award-winning documentaries presented at national and international film festivals. She teaches courses and workshops on documentary filmmaking in a number of Italian film and art schools as well as guest lecturing at the School of Media Design and Multimedia Arts (Milan). She studied for her undergraduate degree in the UK.

Marazzi’s career as an independent filmmaker is characterized by a range of social documentaries which bridge two diverse documentary movements: the 1960s British New Wave and the postwar Italian tradition. Marazzi investigates the relationship between film and cultural identity, exploring events of the recent past and present in Italy through a gendered perspective based on women's biographical experiences. She interrogates the role played by 'technologies of memory' by problematizing the nature of found footage and archival material. Her work posits home movies as a collective mise-en-scène of memory, where not only personal experience but also social, cultural and aesthetic codes are inscribed. Marazzi’s most critically acclaimed work is her trilogy on female subjectivity, motherhood, and memory: Un'ora sola ti vorrei (For One More Hour with You, 2002), shown in the UK on BBC4; Vogliamo anche le rose (We Want Roses Too, 2007); Tutto parla di te (2012), starring Charlotte Rampling. The first uses home movies shot by her grandfather to explore the life story of her deceased mother. The second investigates the lives of Italian women of the ’60s and ’70s through engagement in a powerful dialogue with archival footage, underground and private home movies. The latest portrays the ambivalence of maternity through intermingling visual languages such as fiction, documentary, photography, stop motion.

Bringing Marazzi into Anglophone academia in the current moment constitutes an important consolidation of emerging research; and four recent volumes address her work (Italian Women Filmmakers and the Gendered Screen (Palgrave); Reframing Italy: New Trends in Italian Women’s Filmmaking (Purdue UP), both 2013; Love, Mortality and the Moving Image (Palgrave, 2012), and Projected Shadows, Psychoanalytic Reflections on the Representation of Loss in European Cinema (Routledge, 2007)). (8/14) 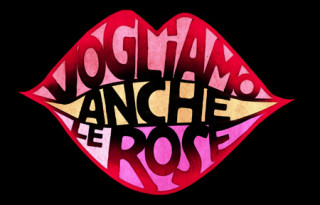 This stunning visual masterpiece is an exuberant testament to the resolve of women of the ’60s and ’70s sexual revolution and feminist movement in Italy. Acclaimed director Alina Marazzi takes viewers on a gorgeous storytelling journey through archival footage, advertisements, and colorful images juxtaposed with the true-life struggles and first person narrations of three diverse…