Annette Mangaard has written, and directed sixteen films in more than a decade as an independent filmmaker. She was nominated for a Gemini for Best Director of a Documentary for her one hour documentary, GENERAL IDEA: ART, AIDS, AND THE FIN DE SIECLE (for TVO, Bravo, SCN, Knowledge) about the celebrated Canadian artists collective which premiered at Hot Doc’s in Toronto then went on to garner accolades at the Vancouver International Festival, DOCSDF Mexican Documentary Film Festival and Asolo International Art Film Festival in Italy and continues to tour the festival circuit.

Her one hour documentary KINNGAIT: RIDING LIGHT INTO THE WORLD, about the changing face of the Inuit artists of Cape Dorset for Bravo, TVO and APTN premiered at the Art Gallery of Ontario and was invited to Australia for a special screening celebrating Canada Day with the Canadian High Commission.

Other films include INTO THE NIGHT, a film noir of the night produced by the National Film Board of Canada, as well as THE MANY FACES OF ARNAUD MAGGS, a one hour documentary on the celebrated Canadian artist/photographer Arnaud Maggs for TVOntario. In 2009 Mangaard was lauded with a retrospective of her films at the Cinemateque Palais de Kino in Buenos Aires, Argentina.

FISH TALE SOUP (1997) starring Remy Girard marked her debut as a feature film writer and director. FISH TALE SOUP screened theatrically at the Carlton Cinemas in Toronto and in a number of other theatres across Canada. The 1998 City TV premiere garnered much critical praise.

Her short film titles include: LET ME WRAP MY ARMS AROUND YOU, 94 ARCANA DRIVE, NORTHBOUND CAIRO, THE ICONOGRAPHY OF VENUS, THE TYRANNY OF ACHITECTURE and A DIALOGUE WITH VISION: THE ART OF SPRING HURLBUT AND JUDITH SCHWARZ.

Mangaard’s films have screened extensively on Canadian television and at Festivals and Cinematheques around the world including: GENERAL IDEA: ART, AIDS, AND THE FIN DE SIECLE (for TVO, BRAVO, Knowledge, SCN) which continues to screen at Festivals and cinematheques internationally, KINNGAIT: RIDING LIGHT INTO THE WORLD (TVO, BRAVO, Knowledge, APTN), THE MANY FACES OF ARNAUD MAGGS has shown on TVOntario, and BRAVO. FISH TALE SOUP aired on CITY TV, Radio Canada and the Woman's Television Network. LET ME WRAP MY ARMS AROUND YOU, NORTHBOUND CAIRO, and A DIALOGUE WITH VISION have all been broadcast by the Canadian Broadcasting Corporation and a number of other networks. Most of Mangaard’s short films have been screened by SHOWCASE - CITY TV, BRAVO, TVO, The WOMEN'S TELEVISION NETWORK as well as Knowledge and Access Networks and VISION TV, among others. (1/15) 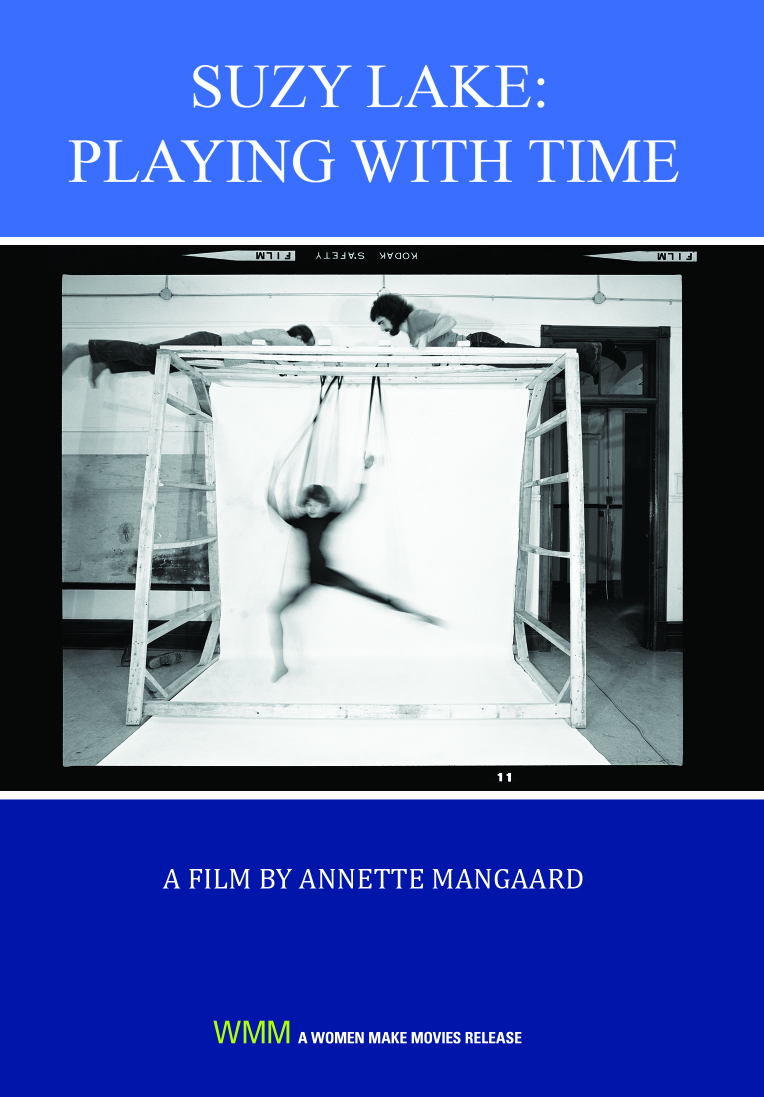 
A film by Annette Mangaard, 2014, 62 min., Color
Photographer Suzy Lake is one of the formative feminist artists to evolve out of the heyday of the 1960’s and the Second Wave. A master of the art of ...