Annie Goldson has been producing and directing award-winning documentaries, docudramas and experimental film/video for 20 years in the United States and New Zealand. She is known for producing films that are both politically engaged and formally innovative, such as Punitive Damage, released in cinemas in Australia, the US and New Zealand in 1999 and sold to major broadcasters such as HBO-Cinemax, ABC-Aust, ARD (Germany), WTN (Canada) and TVNZ). Another critically acclaimed documentary was GEORGIE GIRL, released in 2002 (sales to Channel 4 (UK), POV (PBS), CBC, SBS, Canalplus and TVNZ). Both titles have also garnered major awards in film festivals.

Annie has completed three award-winning films in the last three years, Sheilas: 28 Years On (2004), a history of second-wave feminism in New Zealand; Pacific Solution: From Afghanistan to Aotearoa (2005) and Elgar’s Enigma: Biography of a Concerto (2006). She recently received major funding for her new documentary, Tabu Soro.

Goldson is also a writer and has published articles in books and journals such as The Listener (NZ), Landfall, Screen, Semiotext(e) , Social Text, and others. In 2006, her book Memory, Landscape, Dad and Me was released through Victoria University Publications along with a reissue of a DVD of Wake, her 1994 film. She is currently in progress on a book on human rights documentary, After the Fact: Documentary, Human Rights and International Law, which is now under contract with Temple University Press.

Annie has also been director of the biannual New Zealand International Documentary Conference held at the University of Auckland since 1996, and is a trustee on the board of DOCNZ, the New Zealand International Documentary Film Festival. Annie received her PhD in Film and Television Studies from the University of Auckland and is currently Associate Professor at the Department of Film, Television and Media Studies at that institution. (12/07) 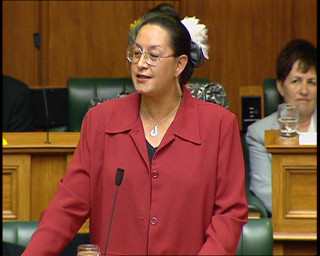