Beti Ellerson has a Ph.D. in African Studies (Howard University) with a sub-specialization in African Cinema Studies and Women Studies. As a feminist she has always been interested in critically engaging women's issues, and academically, she wanted to make a critical inquiry into African women's experiences through the medium of the moving image. This inquiry led to her interest in forging an African Women Cinema Studies, which encompasses research in historiography and spectatorship as well as the hands-on work of advocacy and production.

Before producing SISTERS OF THE SCREEN, she was involved locally in community television and video production in Washington DC, and was executive producer and host of the 27-episode series, "Reels of Colour", which aired from 1997 to 2000 in the Washington DC area.

Beti Ellerson has published extensively and spoken widely on the topic of African women and the moving image and is the 2011 laureate of the Distinguished Woman of African Cinema Award presented by Women Filmmakers of Zimbabwe. Member of the main jury of the 2011 edition of the International Images Film Festival for Women held in Harare. She teaches courses in Africana studies, visual culture and women studies in the Washington, DC area and beyond. (8/14) 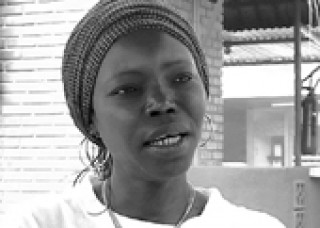 Sisters of the Screen African Women in the Cinema