Prior to directing and producing the Emmy nominated BRAVE MISS WORLD, Cecilia Peck directed and produced, with Barbara Kopple, the feature-length documentary SHUT UP & SING. The film, shortlisted for the 2007 Academy Awards, was named Best Documentary by the Boston Society of Film Critics and the San Diego Film Critics, won Best Documentary at the Sydney, Aspen, and Woodstock Film Festivals, and won the Jury Prize at the Toronto and the Chicago Film Festivals. It received the Courage in Film Award from the Women Film Critics Circle, the Wyatt Award from the Southeastern Film Critics Circle, and was nominated for a Broadcast Critics Award and a National Film Critics Award.

Cecilia produced and directed the short JUSTICE FOR ALL, an examination of the capital punishment system, which won a Silver Gavel Award. She produced A CONVERSATION WITH GREGORY PECK, an intimate portrait of her legendary father, which was a Special Selection in the 2000 Cannes Film Festival, and a special presentation for TCM and PBS American Masters. She also produced ONCE UPON A TIME IN THE HAMPTONS, a four hour documentary series for ABC primetime.

As an actress, she was nominated for a Golden Globe Award for her performance in THE PORTRAIT. She portrayed a Palestinian school teacher in TORN APART. She studied dance with Martha Graham and performed in "American Document," the last ballet choreographed by Miss Graham. She has been contributing editor at Premiere Magazine, French edition, and Moving Pictures Magazine, and served on the jury at the Aspen Shortsfest. A graduate of Princeton University, she lives with her husband and two children in Los Angeles. (5/16) 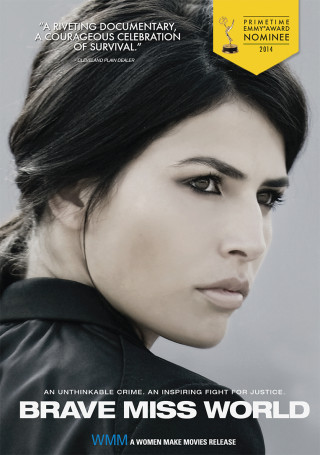 In October 1998, eighteen-year-old Linor Abargil was stabbed and raped while working as a model in Milan. Weeks later she was crowned Israel’s first Miss World. Over the course of five years, director Cecilia Peck (Shut Up & Sing) follows Abargil, on a mission to confront the trauma of her past, including a hunt for…