Celeste Carrasco is a native of Barcelona, Spain. Celeste was the director, producer, cinematographer and co-editor ELLA ES EL MATADOR (SHE IS THE MATADOR). For EL ABRAZO (The Embrace) and HOMECOMING, Celeste served as Director of Photography and Editor. Celeste also worked with Gemma Cubero in Lourdes Portillo’s award winning documentary SEÑORITA EXTRAVIADA and WHAT'S UNDER YOUR HAT?. Celeste’s additional credits include First Assistant Director on Marta Balletbó’s narrative film, HONEY, I’VE SENT THE MEN TO THE MOON, and Producer on Lisset Barcello’s narrative film BOTH. Most recently Celeste has worked as video artist for theatre productions such as Vanita, premiered at Teatro Real in Madrid and Java Suite, premiered at Peralada Festival, La Seca in Barcelona, and the Basel Opera House in Switzerland. Both of these productions were directed by Rita Cosentino. Celeste also collaborated with Spanish performing artist Paloma Calle on a short documentary about the live performance Hello Myself which premiered at the Reina Sofía Modern Art Museum in Madrid. Celeste currently works at the technical department of the Teatro Real in Madrid producing operas. (8/14) 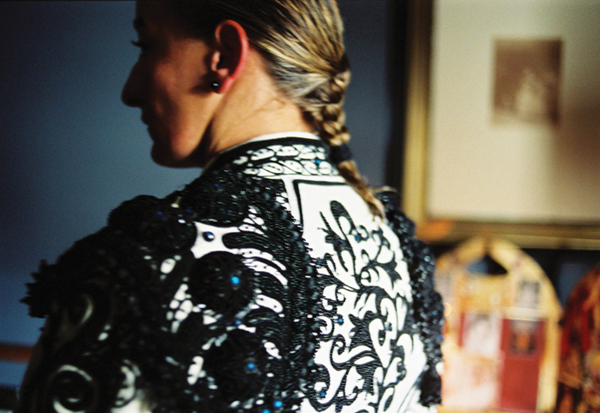 
A film by Gemma Cubero and Celeste Carrasco, 2009, 62 min., Color
For Spaniards—and for the world—nothing has expressed their country’s traditionally rigid gender roles more powerfully than the image of the male mata...