Born in Montreal, Colette Loumède earned a degree in law before opting for a career in audiovisual production. Drawn to auteur cinema, she joined La Coopérative Vidéoscopique de Montréal, where she held a variety of positions related to film creation and production over a ten-year period. She then spent several years in the private sector. Among other projects, she conceived and developed a 19-part documentary series on Quebec culture in partnership with INRS-Culture et société and Télé-Québec.
In 2000, Loumède left the private sector to work as a project manager for the Société de développement des entreprises culturelles du Québec (SODEC), where she analyzed dramatic features and headed the team responsible for evaluating and selecting funding applications for documentary and independent productions.

This led her quite naturally to the National Film Board of Canada, where she has been the Executive Producer of the French Program's Documentary Studio A since October 2002.
Loumède is producing a number of feature-length documentaries for the silver screen includingThe Dark Side of the White Lady by Patricio Henrìquez, Le peuple invisible by Richard Desjardins and Robert Monderie, Manuel Foglia's Chers électeurs and Isabelle Raynauld's Mystical Brain. Other wide-ranging films worth singling out include Musa Dieng Kala's Dieu a-t-il quitté l'Afrique?, Eylem Kaftan's Les fleurs du gouffre and Michel Lam's ...Et la musique. 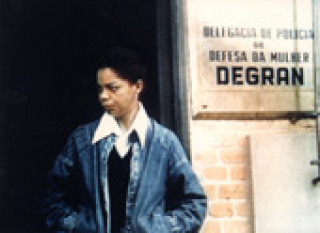 Brazil, like most countries, has a high incidence of domestic violence and sexual assault. Too often, institutions set up to deal with these crimes are staffed by men who have little understanding or recognition of the needs of the women who are most often the victims. UPDATE BRAZIL looks at this country’s innovative solution: the…