Erin Ploss-Campoamor was born in Canada to American parents and raised all over North America in an extended multicultural family, speaking English, Spanish and French. She is the producer of Pablo Proenza’s record-breaking feature film, DARK MIRROR, which received rave reviews and an Imagen Award nomination, for its star Lisa Vidal’s "tour-de-force performance" (Ronnie Scheib,Variety.) DARK MIRROR was acquired by IFC Films, where it was the top-selling movie of all time for IFC On Demand. Erin is the writer/director of the semi-autobiographical short film LA AMERICANITA (The American Girl), which was loosely inspired by the years she spent living with her stepfather’s Cuban-American family in Miami, FL. It won two Best Short Film awards and was a semifinalist for the Angelus Film Award. She wrote and directed another short film, APRIL IN THE MORNING, which was nominated for an Eastman Kodak Award and was the showcase piece in her successful bid for the Jacob K. Javits Fellowship. Erin is the producer and co-writer of LOVE & MONSTER TRUCKS, a feature length narrative film, in development, for which she was recently a semifinalist for the Sundance Institute's Creative Producing Fellowship and the Sundance Writer’s Institute. (5/14) 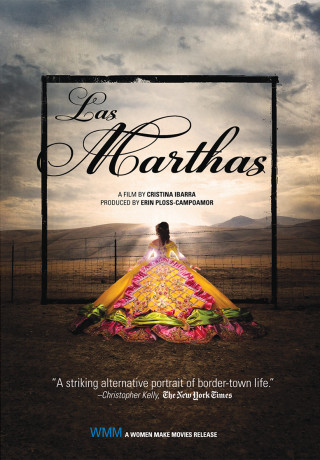 Unlike any other, the annual debutante ball in Laredo, Texas is part of a lucrative month-long festival honoring George Washington’s birthday. LAS MARTHAS follows two young women as they prepare for this elaborate rite of passage: Laurita, a 13th-generation debutante descended from Laredo’s original Spanish land grantees who questions debutante society’s class system geared toward…