Frances Negrón-Muntaner is an award-winning filmmaker, writer, and scholar. Born in Puerto Rico to a family of academics, Negrón-Muntaner’s work spans several fields, including cinema, literature, cultural criticism, and politics. Her education anticipates these various interests: She obtained a Bachelor's in sociology at the University of Puerto Rico (1986), then a Masters in film and anthropology at Temple University, Philadelphia (1991, 1994), and a Ph.D. in Comparative Literature from Rutgers University, New Brunswick (2000). For her work as a scholar and filmmaker, Negrón-Muntaner has received Ford, Truman, Scripps Howard, Rockefeller, and Pew fellowships. Major foundations and public television funding sources have also supported her work. (8/14) 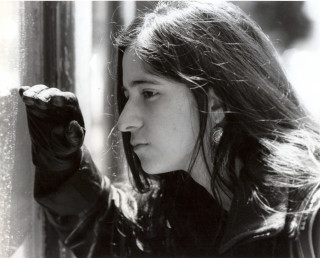 Refreshingly sophisticated in both form and content, BRINCANDO EL CHARCO contemplates the notion of “identity” through the experiences of a Puerto Rican woman living in the US. In a wonderful mix of fiction, archival footage, processed interviews and soap opera drama, BRINCANDO EL CHARCO tells the story of Claudia Marin, a middle-class, light-skinned Puerto Rican…