As a producer, director and editor, Gloria Bremer has worked on documentary projects spanning music, science, comedy, activism, and sports. Her work has been shown on PBS, Comedy Central, National Geographic, Discovery, HGTV, ESPN, and TNT. Gloria recently produced “The Mis-Informant”, a two-part spoof starring Jack Black as Nathan Spewman, an undercover misconception agent, or a liar for hire. Gloria is currently in production on THE SUN IMAGINES DARKNESS, a feature-length documentary. The film explores how polarized definitions of good and evil result in both tragic and comic fallout through three remarkable storylines. Other recent collaborations include: THE FURIOUS FORCE OF RHYMES, a documentary exploring hip hop as a global voice of activism for Arte and the Smithsonian Channel; MASTERS OF THE MUSLIM WORLD, a survey of extraordinary musical artists, including Kayhan Kalhor and Mariem Hassan; and BLUEPRINT FOR ACCOUNTABILITY: WORKING THE DARK SIDE with the Culture Project and LinkTV. For a few years, Gloria could be found in cypress swamps, kelp forests, and quinzees making science television. She directed the pilot for “SciGirls,” a series now on PBS Kids. Before that, she spent four seasons as creative director and series co-producer for “DragonFlyTV,” again for PBS Kids. She also co-produced SHOOT DOWN, a documentary feature about the political drama of two civilian Cessnas shot down by Cuban MiGs. Gloria briefly fell into the new media rabbit hole, when she became Editor of New Talk.org, an online forum dedicated to live discussions between experts and policymakers on the knottier problems of our time. (01/20) 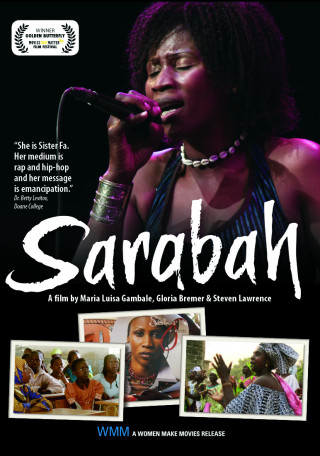 Rapper, singer and activist, Sister Fa is hero to young women in Senegal and an unstoppable force for social change. A childhood victim of female genital cutting (FGC), she decided to tackle the issue by starting a grassroots campaign, “Education Without Excision,” which uses her music and persuasive powers to end the practice. But until…