GRACE LEE is an independent producer & director and writer working in both narrative and non-fiction film. She directed the 2014 Peabody Award-winning documentary AMERICAN REVOLUTIONARY: THE EVOLUTION OF GRACE LEE BOGGS, which The Hollywood Reporter called ”an entertainingly revealing portrait of the power of a single individual to effect change.” The film premiered at the Los Angeles Film Festival where it won its first of six audience awards before its broadcast on the PBS documentary series POV. Her previous documentary THE GRACE LEE PROJECT won multiple awards, broadcast on the Sundance Channel and was called “ridiculously entertaining” by New York Magazine and “ a funny but complex meditation on identity and cultural expectation,” by Variety.

Other feature directing credits include JANEANE FROM DES MOINES, set during the 2012 presidential campaign, which premiered at the 2012 Toronto Film Festival as well as AMERICAN ZOMBIE, a personal horror film, which premiered at Slamdance and is distributed by Cinema Libre. Grace received her MFA in Film Directing from UCLA Film School where her short film BARRIER DEVICE, starring Sandra Oh and Suzy Nakamura, won a Student Academy Award. Grace returns to her alma mater and other universities frequently as a guest speaker and lecturer. She has served on panels and juries including the Independent Spirit Awards, Los Angeles Film Festival, POV’s EdComm, Center for Asian American Media, and the International Documentary Association. Most recently in 2014 and 2015, she produced and directed two documentaries for PBS: MAKERS: WOMEN IN POLITICS and OFF THE MENU: ASIAN AMERICA. She is currently a 2016 Sundance Institute Women's Initiative fellow. (5/16) 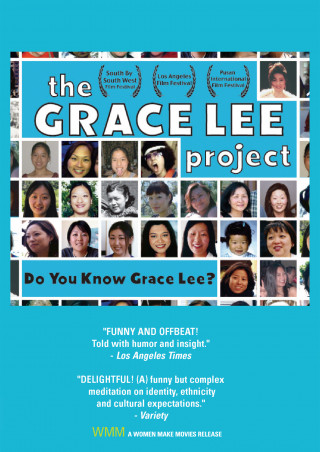 When award-winning Korean-American filmmaker Grace Lee was growing up in Missouri, she was the only Grace Lee she knew. As an adult, however, she moved to New York and then California, where everyone she met seemed to know "another Grace Lee." But why did they assume that all Grace Lees were nice, dutiful, piano-playing bookworms?…