Helen Lee is an independent filmmaker based in Toronto and Seoul. She emigrated from Korea, where she was born, at age four with her family to Canada.
Lee studied English Literature and Cinema Studies at the University of Toronto, where she was awarded the Norman Jewison Fellowship for further studies in film. She received her Master’s Degree in Cinema Studies at New York University and attended the Whitney Museum’s Independent Study Program in Critical and Curatorial Studies as a Helena Rubinstein Fellow. Through the Academy of Canadian Film and TV’s Director Observer Program, Lee served a directing internship with Atom Egoyan during the making of "Exotica." She completed her film training at the Canadian Film Centre as Director Resident.

Lee has made a number of acclaimed films, all of which premiered at the Toronto International Film Festival. Her first short film, "Sally’s Beauty Spot" (1990) received an Award of Excellence at the Ann Arbor Film Festival and is screened widely in Asian American cinema classes. "My Niagara" (1992) was awarded a Special Jury Citation for Best Short Film at TIFF. Her CFC thesis film,"Prey" (1995) was an official selection of the Clermont-Ferrand Short Film Festival. "Subrosa" (2000) received a Director’s Citation Award from the Black Maria Film Festival. Lee’s debut feature, "The Art of Woo" (2001) was released by Odeon Films/Alliance Atlantis domestically and invited to numerous festivals worldwide.

Prior to filmmaking, Lee was a music critic and contributing editor of the Toronto weekly, NOW Magazine. She also worked in film distribution at DEC Films/Full Frame and Women Make Movies. Lee has taught courses at the Ontario College of Art and Design, served on various juries, and presented numerous guest lectures in Canada and the U.S. Her essay, "A Peculiar Sensation: A Personal Genealogy of Korean American Women’s Cinema," was published in Dangerous Women: Gender and Korean Nationalism (New York: Routledge, 1997), and excerpted in Cineaste and reprinted in Screening Asian Americans. She co-edited with Kerri Sakamoto, Like Mangoes in July: The Work of Richard Fung, for the Images Festival. A conversation with Celine Parrenas Shimizu about her film work, "Sex Acts: Two Meditations on Race and Sexuality," appears in Signs: Journal of Women in Culture and Society.

Lee’s various film and screenwriting projects have received support from Telefilm Canada, the Harold Greenberg Fund, Canada Council, Ontario Arts Council, Toronto Arts Council, LIFT and other film organizations. In 2002, Lee was a guest of the DAAD’s Berliner Kunstlerprogramm in Germany, where she mounted a 3-channel performance-based video installation, "Cleaving" (2002) at the Werkleitz Biennale in Saxony-Anhalt. Her films were also the subject of a mini-retrospective at Kino Arsenal in Berlin. She received the BFC Award at the 2003 Pusan Promotion Plan (PPP), Pusan International Film Festival, and also a Chalmers Award from the OAC in 2004. Currently, she sits on the advisory boards of the Toronto Reel Asian International Film Festival and TIFFG’s Cinematheque Ontario. (09/09)

Helen Lee’s internationally acclaimed short films are now available for purchase in a 3-DVD set. This compilation includes SALLY’S BEAUTY SPOT (1990), MY NIAGARA (1992) and SUBROSA (2000). (12 mins) SALLY'S BEAUTY SPOT - A large black mole above an Asian woman's breast serves as a metaphor for cultural and racial difference in this engaging…

END_OF_DOCUMENT_TOKEN_TO_BE_REPLACED 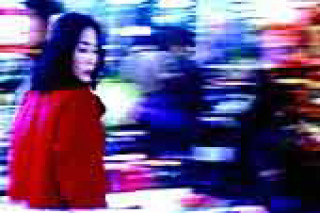 SUBROSA traces a young woman's journey to Korea, the land of her birth, to find the mother she's never known. This exquisitely crafted drama probes the idealized, often false constructions of cultural and maternal identities wrought by the adoptee's return. SUBROSA tracks the unnamed heroine from a sterile adoption agency office to seedy bars and…

END_OF_DOCUMENT_TOKEN_TO_BE_REPLACED 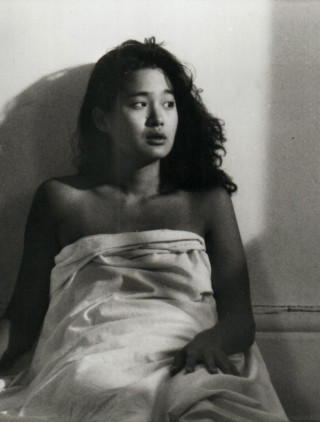 Grasping the texture of half-expressed desire, this beautifully drawn drama evokes the complex dislocations of an Asian American woman. Shadowed by the death of her mother, Julie Kumagai's life with her widower father is marked by pained, turbulent exchanges. Indifferent to a break-up with her boyfriend and the lure of a long-planned trip, she finds…

END_OF_DOCUMENT_TOKEN_TO_BE_REPLACED 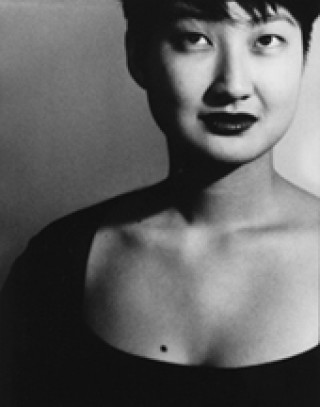 A large black mole above an Asian woman's breast serves as a metaphor for cultural and racial difference in this engaging experimental film. Offscreen women's voices and scenes from THE WORLD OF SUZIE WONG parallel and counterpoint Sally's own interracial relationships and emerging self-awareness. A provocative and stylish meditation on Asian femininity.