Born in February 1968, in Sydney, Australia, Jane Cole studied Greek, Roman and English Literature before completing a Masters Degree in Screen Studies and Screen Writing at the University of Sydney and the University of Technology, Sydney, 1999. She worked extensively in the Australian film industry concurrently with her university work and had begun directing when she was 19 years old. She worked as a music video director and as an assistant editor of feature films with Australian directors: Jane Campion, Sweetie, 1989, An Angel At My Table, 1990; Monica Pellizzari's Just Desserts, 1992, and Fistful of Flies, 1996; and later as an editor and cinematographer for Tracey Moffatt's Heaven, 1997.
Jane's debut documentary as producer/director, Up in the Sky: Tracey Moffatt in New York, screened at the 21st Festival International de Films de Femmes, Paris, 1999, on ABCTV, 1999 and continues to find an audience in broadcast TV & cable, universities and airlines around the world. Jane currently lives and works in Sydney. (02/00) 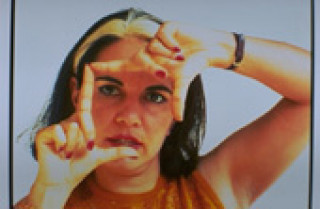 Up in the Sky: Tracey Moffatt in New York

"UP IN THE SKY scans the universe created by the provocative and talented photographer and filmmaker Tracey Moffatt, Australia's answer to Cindy Sherman and with even more of an edge, if that's possible. An important figure in the Australian postcolonial avant-garde, Moffatt started out with visually compelling (and often disturbing) photographs and films such as…