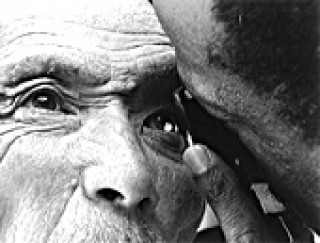 Who’s Going to Pay for These Donuts, Anyway?

A brilliant collage of interviews, family photographs, archival footage and personal narration, this film documents Japanese American video artist Janice Tanaka’s search for her father after a 40 year separation. The two reunited when Tanaka found her father living in a halfway house for the mentally ill. Telling the moving story of her search as…