Producer, Jill Evans Petzall is a nationally acclaimed innovator in video advocacy for women and children. An award-winning videomaker and video artist, she focuses on social-issue themes, and produces work which represents people not usually heard in mainstream media. She says, "My work seeks to find a balance between what I mean to say about the world --and my means of saying it."

For the past 18 years, her videos have been shown on public television, cable stations and in festival circuits throughout the United States, as well as featured screenings in museums, art galleries, universities, and social service agencies across the country. Her work has been honored with numerous awards including several Emmys, a Corporation for Public Broadcasting Award (CPB), an ITVA Golden Reel, three National Educational Media Network Awards, and a Cable ACE nomination. She works exclusively for not-for-profit agencies.

Her documentary topics include the legal rights of abused women, Rule of Thumb; the Boat People from So. Vietnam, S.O.S. Stories of Survival; the poet, T.S. Eliot, In Different Voices.....; a video art piece on the demolition of the Berlin Wall, November Nine; an animated video promoting family literacy: Once Upon A Book; a documentary on the former Maestro of the St. Louis Symphony: Slatkin! A Symphony; a historical look at the first U.S. foster-parents plan; and Veronica's Story, an experimental art film based on the writings of an abused teenager. Petzall recently completed the video-poem Dedication, about the work of women around the world; currently she is producing a documentary about the special needs of children with mothers in prison, When the Bough Breaks. This production has been awarded a grant from the Paul Robeson Fund for Independent Media. 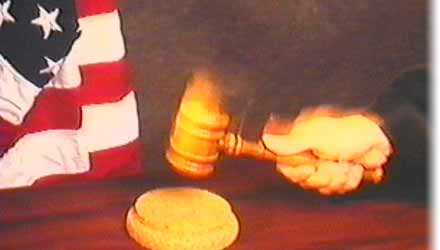 Rule of Thumb Order of Protection


A film by Jill Evans Petzall, 1989, 22 min., Color
A sensitive film which explores domestic violence through the perspective of women who have left abusive relationships. Five women from different back...