Jill Godmilow is a producer/director of non-fiction and other films that include the 1984 post-realist documentary feature, Far From Poland, about the rise of the Polish Solidarity movement; Waiting for the Moon (1987), a feminist/modernist fictional feature about the lives of the literary couple Alice B. Toklas and Gertrude Stein; Roy Cohn/Jack Smith (1995), a cinematic translation of a theater piece by performance artist Ron Vawter; What Farocki Taught, a replica and interrogation of a 1969 non-fiction film by German filmmaker Harun Farocki about the production of Napalm B during the Vietnam war, and most recently, a 6 hour, DVD archive, Lear '87 Archive (Condensed) about the work of the renown New York City theatrical collective, Mabou Mines, on a fully gender-reversed production of Shakespeare's King Lear. Among others, she has received fellowships from the Guggenheim and Rockefeller foundations and her work has been nominated for an Academy Award, invited to the Whitney Biennial and won first prize at the Sundance Film Festival. In 2003, her film Antonia: A Portrait of The Woman was added to the prestigious National Film Registry at the Library of Congress. She recently retired from 20 years of teaching film production and critical studies in the Department of Film, Television & Theatre at the University of Notre Dame. (07/19) 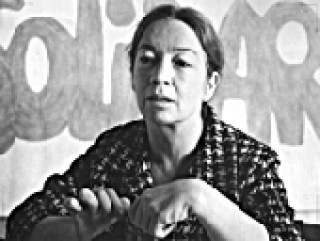 When denied visas to shoot in Poland, a filmmaker, steeped in the documentary traditions of the left, decides to construct her film in New York City. Over the barest bones of documentary footage she drapes dramatic reenactments of Solidarity texts, formal vignettes and swatches of soap opera to engage the audience in her personal definition…