Joan Braderman is an award winning American video artist, director, performer, and writer whose video works are considered to have created her signature style known as "stand up theory." Via this “performative embodiment,” she deconstructs and analyzes popular media by inserting chroma-keyed cut-outs of her own body into appropriated mass media images, where she interrogates the representation of ideology (such as money, race and gender) and the transparency of photographic space in U.S. popular culture.

Born in Washington DC, Joan holds degrees from Harvard and NYU and has been involved with film and video for over 25 years. Her works are held in the permanent collections of museums such as the Stedelijk in Amsterdam, the Centre Pompidou in Paris and the Museum of Modern Art in New York City. Joan is a Professor Emerita of Video, Film and Media Studies at Hampshire College and has taught internationally at institutions such as The School of Visual Arts in New York City, The Media School at The University of the Arts, London, and the Universidad Catolica Portuguesa in Porto, Portugal. She is also president of the small video/film company No More Nice Girls Productions and has received numerous grants over her years of work. Outside of her film work, Joan has served on the board of directors of Planned Parenthood of Massachusetts as well as other feminist organizations, such as the Committee for Abortion Rights and Against Sterilization Abuse, NYC. She also served on the boards of film and television organizations including the Association of Independent Film and Videomakers (AIVF), publisher of The Independent; The Independent Television Service (ITVS), and others.

Joan is a founding member of "Heresies: A Feminist Publication on Art and Politics," a magazine produced by a collective of feminist artists and writers to publish work by women in the arts. She wrote and directed THE HERETICS, about the collective. THE HERETICS premiered at the Museum of Modern Art in New York in 2009. (01/20) 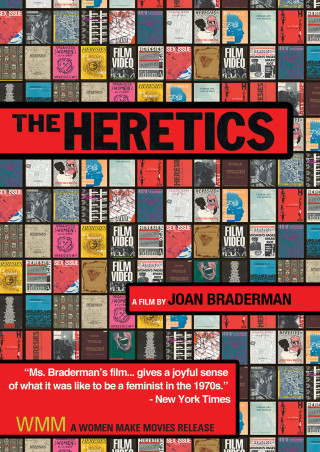 Tracing the influence of the Women’s Movement’s Second Wave on art and life, THE HERETICS is the exhilarating inside story of the New York feminist art collective that produced “Heresies: A Feminist Publication on Art and Politics” (1977-92). In this feature-length documentary, cutting-edge video artist/writer/director Joan Braderman, who joined the group in 1975 as an…

END_OF_DOCUMENT_TOKEN_TO_BE_REPLACED 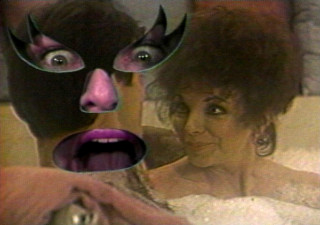 In the now classic, JOAN DOES DYNASTY (1986, 35 mins), Braderman superimposes her own image over scenes from one of the most popular night time soap operas in American history. With spearing humor, Braderman doesn't even spare poor Krystal in her wicked deconstruction of the fantasies of capitalism, patriarchy and consumption. JOAN SEES STARS (1993,…