Joanna has worked as a producer, director and a former Director of Development for Kartemquin over the past decade. No matter where life takes her, she will always consider Kartemquin her filmmaking home!
Currently, living in the Bay Area with her husband and two little girls, Joanna recently finished the Kartemquin film ON BEAUTY about former fashion photographer Rick Guidotti's campaign to change the way we see the beauty in difference told through the stories of three women with genetic syndromes living in Africa, Upstate New York and the Middle East.

It’s a subject that hits close to home. Joanna made her directorial debut with the Emmy-nominated IN THE FAMILY, a deeply personal story about coming to terms with having a mutation in one of the breast cancer genes. In the Family premiered at Silverdocs in 2008, was broadcast nationally on PBS' P.O.V. the same year and went on to air in nine additional countries. The film was a finalist for the NIHCM Foundation’s Healthcare Television Radio Journalism Award; was screened on Capitol Hill as part of an effort to successfully pass the Genetic Information Non Discrimination Act; and was leveraged to raise public awareness about the dangers of the BRCA gene patents by the ACLU and defendants in the Supreme Court case that resulted in invalidating those patents.

Before moving to the Bay Area, Joanna lived in Los Angeles working with Tremolo Productions as the Supervising Producer on Crossfire Hurricane - a documentary celebrating the Rolling Stones' 50 years of making music history. Crossfire Hurricane aired on HBO in the fall of 2012, was nominated for four Creative Arts Emmys, and won the NME Award for Best Music Film.

During her tenure as a producer with Kartemquin, Joanna produced both PRISONER OF HER PAST, the story of Chicago Tribune journalist Howard Reich's attempt to uncover his mother's tragic Holocaust childhood in order to understand why she is reliving it, 60 years later; and A GOOD MAN, a feature-length co-production with Kartemquin, the Ravinia Festival, Media Process Group and American Masters, following the creation of a major dance piece by the choreographer Bill T. Jones on Abraham Lincoln. Both films aired on public television.

Prior to her work with Kartemquin, Joanna worked on several films for the American Masters series out of WNET in New York. During her time at the Series, she co-produced a feature-length documentary on war photographer Robert Capa. ROBERT CAPA IN LOVE AND WAR was broadcast on PBS and the BBC, premiered at the 2003 Sundance Film Festival and was the presenting film for the 2003 Emmy award for Outstanding Nonfiction Series. 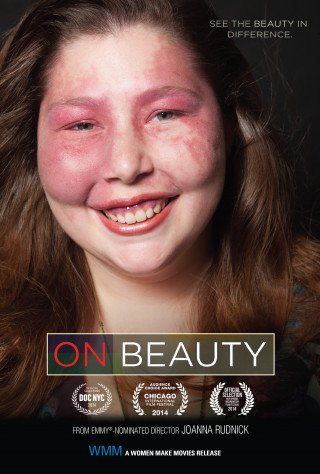 From Emmy®-nominated IN THE FAMILY filmmaker Joanna Rudnick and Chicago’s Kartemquin Films comes a story about challenging norms and redefining beauty. ON BEAUTY follows fashion photographer Rick Guidotti, who left the fashion world when he grew frustrated with having to work within the restrictive parameters of the industry’s standard of beauty. After a chance encounter…