Julie Harrison has been a "crossover" artist in New York City for more than thirty years, moving between video, photography, painting, performance, installation, books and digital images. She is the recipient of numerous grants and awards and has exhibited widely. From 2003-2010, Harrison founded and directed the Art & Technology Program at Stevens Institute of Technology in Hoboken, New Jersey, and is currently creative consultant for Granary Books, publisher of artists books and works exploring the intersection of word, image and page.

Julie Harrison's early time-based works in the 1970s traversed through private performances for video to multiple video camera/monitor performances and installations. A single-channel extension of these ideas was developed with image-processed videos, utilizing multiple-source systems in real time, produced over a period of 15 years at the Experimental Television Center. During this time, Harrison recognized the importance of the collaborative process, working with other artists, writers, musicians, dancers, architects, and educators. She was an early member of the artists' group, Collaborative Projects (Colab), participating in seminal theme shows and working in many capacities on the artists' cable TV show, "Potato Wolf." She was co-founder of Machine Language, a video art group, and later, through her own company, Julie Harrison Productions, produced and directed video art, documentaries and art educational videos which have aired on PBS nationwide and were featured in festivals such as the Toronto Film Festival, The World-Wide Video Festival in The Hague; Video Roma in Italy; Video/Culture Canada in Toronto; the National Video Festival in Los Angeles, among others. (8/14) 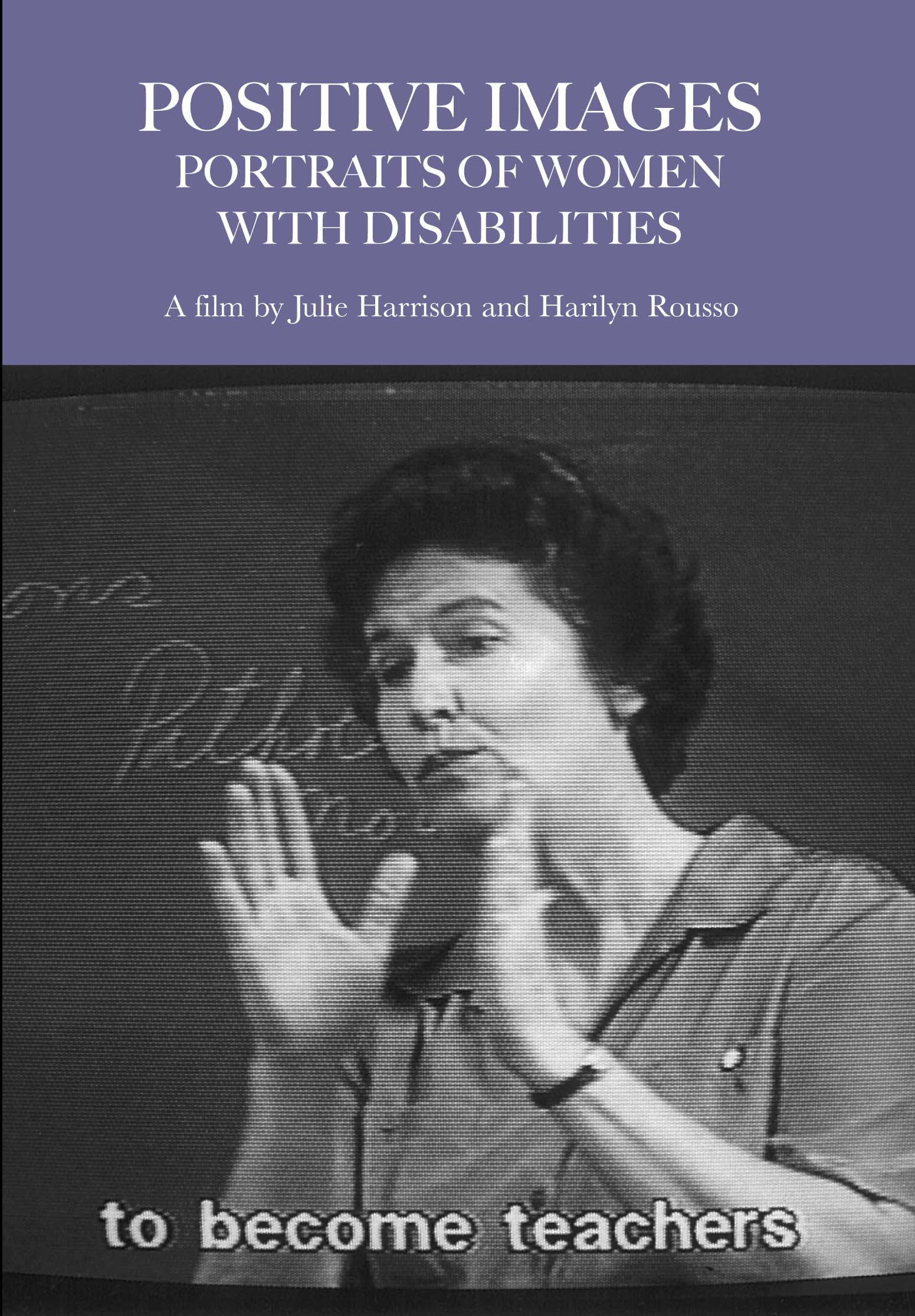 People with disabilities constitute nearly twenty percent of the American population. Sexism and often racism compound discrimination based on disability. Designed to provide positive, realistic pictures of the lives of women with disabilities and the social, economic, and political issues they face, POSITIVE IMAGES focuses on three strong and articulate women. Offering crucial role models…