Julie Wyman is an award-winning filmmaker and a performer, writer, and professor. Her 2004 film, Buoyant, screened at MoMA New York, the Walker Arts Center, the La Jolla MoCA, and at festivals internationally. Her full-length documentary, A Boy Named Sue (2000) aired on Showtime, the MTV’s Logo TV, and screened at festivals internationally, winning the 2001 Sappho Award for Best Documentary and receiving a nomination for the Gay and Lesbian Alliance Against Defamation’s Media Award for Best Documentary. Wyman’s writing has been published in the Journal of Aesthetics and Protest and an edited volume entitled Scholarly Acts. Wyman is also a member of the artist/activist collective BLW whose performance work, has been featured at venues including the Institute for Contemporary Art, Philadelphia, Southern Exposure Gallery, San Francisco, Pilot Television, Chicago, and the Wadsworth Athenaeum, Hartford. Wyman holds an MFA from the University of California, San Diego. She is currently a Professor of Digital Filmmaking in the Cinema and Technocultural Studies Department at UC Davis.

Wyman’s most resent project, entitled Strong!, chronicles an athlete’s struggle to defend her champion status as her lifetime weightlifting career inches towards its inevitable end. STRONG! explores the contradiction of a body that is at once celebrated within the confines of her sport and shunned by mainstream culture. (8/14) 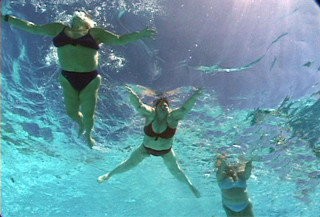 Julie Wyman’s ebullient experimental documentary intertwines the story of the Padded Lilies, a troupe of fat synchronized swimmers, Archimedes, the Greek mathematician obsessed with floating bodies, and the inventor of the “Drystroke Swimulator” to investigate, proclaim and celebrate the fact that fat floats! As the Padded Lillies prepare for their appearance on "The Tonight Show…

END_OF_DOCUMENT_TOKEN_TO_BE_REPLACED 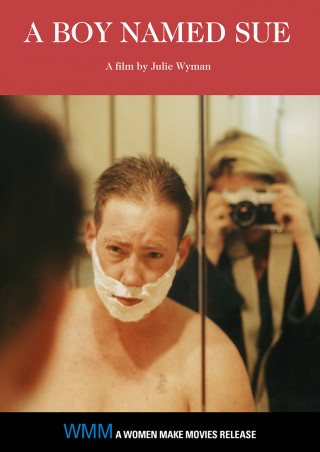 Julie Wyman's compelling documentary chronicles the transformation of a transsexual named Theo from a woman to a man over the course of six years. The film successfully captures Theo's physiological and psychological changes during the process, as well as their effects on his lesbian lover and community of close friends. Taking full advantage of the…