○ Kay Armatage is a Canadian filmmaker, former programmer at the Toronto International Film Festival and Professor at the University of Toronto’s Cinema Studies Institute and Women & Gender Studies Institute. During her time as an international programmer at TIFF, Armatage worked hard to introduce audiences to female filmmakers and showed an affinity for risk-taking films. This tendency plays out in her own films, usually documentaries, as Armatage makes feminist pieces that are realistic and experimental in form. Armatage is now on the Board of Directors of Women in View - an advocacy group for gender and diversity in Canadian media. She has also written a large body of scholarly work, including well known pieces such as "The Girl From God’s Country: Nell Shipman and Silent Cinema" and co-edited "Gendering the Nation: Canadian Women’s Cinema." Through her academic writing, Armatage has said she hopes to help close the huge gap in writing about feminist filmmaking.

As a filmmaker, Armatage is known for her queer-friendly documentaries that approach ‘women’s issues’. Armatage’s films have broached subjects such as abortion in SPEAKBODY (1979) to objectification and economy in STRIPTEASE (1980). Her first two short films, Jill Johnston: October 1975 (co-dir. Lydia Wazana, 1977) and Gertrude and Alice in Passing (1978) are recognized as some of the first Canadian indie films to point to the political relevance of lesbian history and culture. STRIPTEASE (1980) was commended for its validation of sex industry workers by respecting their subject-generated performances. Armatage’s films have been shown in art galleries and film festivals, such as the Art Gallery of Ontario and the Chicago, Toronto and Edinburgh Film Festivals. Her film ARTIST ON FIRE (1987) won the Toronto City Award for Excellence in Canadian Production in Documentary. (01/20) 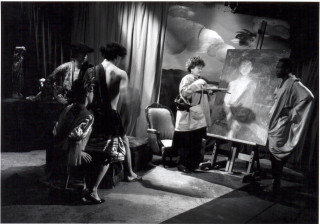 A pioneer of feminist avant-garde cinema, Joyce Wieland has explored the crux of nationalism, feminine sexuality and ecology for more than thirty years in films such as her influential RAT LIFE AND DIET AND REASON OVER PASSION. This richly suggestive portrait surveys Wieland's involvement in structural filmmaking with Michael Snow and Hollis Frampton in the…